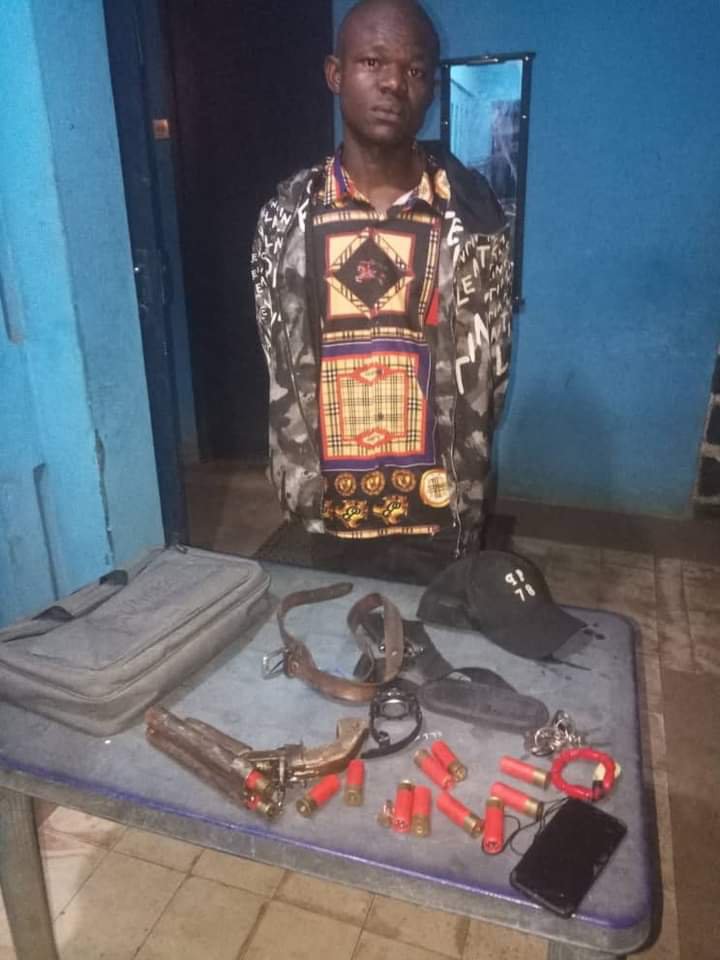 The Operation Search and Flush team of the Imo State Police Command have arrested one Obumneke Gabriel of Umueli Amaraku in Isiala Mbano Local Government Area of the State for possession of arms.

According to the Police Public Relations Officer, Michael Abattam, the search team which comprises of Police and NDLEA was engineered by information received that some IPOB/ESN group was sighted robbing people on the road along Umueli Amaraku in Isiala Mbano after the decimation of their camps in the State.

Mr Gabriel was arrested on the 26th of July, 2021 after a locally made double barrel pistol loaded with ten (10) rounds of live cartridges and two expended cartridges were recovered from him.

The PPRO further stated that the suspect confessed to be a member of the proscribed IPOB/ ESN terror group and has volunteered useful information that will lead to the arrest of his other members.

“The investigation is ongoing and the command is working tirelessly to neutralise all terror groups in the state.