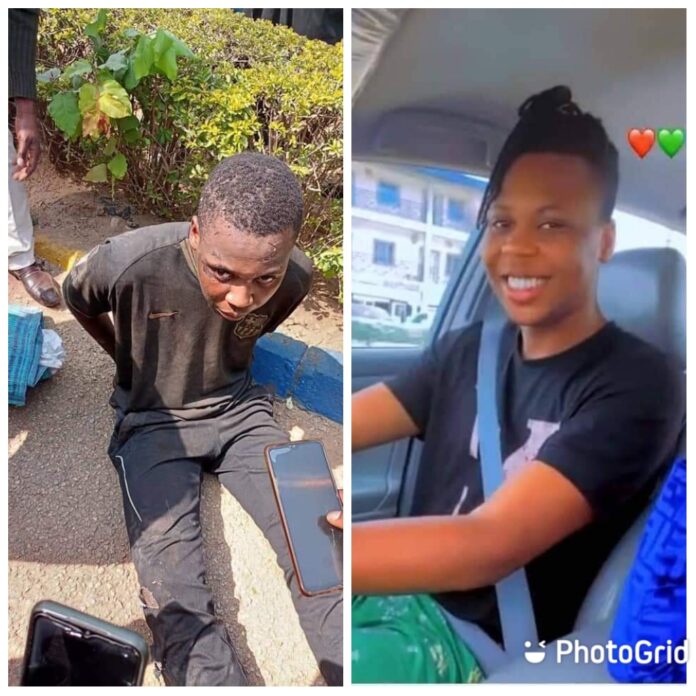 The Plateau State Police Command has arrested a 20-year-old, Moses Oko, for allegedly killing a 300-level student of the University of Jos, Jennifer Anthony, for suspected ritual purposes.

The arrest of the suspect was led by his father, Joseph Oko, who is a lecturer at the University of Jos, Plateau State. The suspected killer was arrested in Benue State.

The deceased undergraduate was found dead in a hotel with her eyes and other vital organs gutted out. She was a 300 Level student in the Department of Special Education and Rehabilitation Science of the University of Jos.

Parading the suspected killer at the command headquarters, on Wednesday, 12 January, 2022, the Plateau State Commissioner of Police, Bartholomew Onyeka, said Moses was arrested in Benue State with the help of his father, Joseph Oko, a lecturer at the University of Jos.

He said, “Sequel to the gruesome murder of Miss Jennifer Anthony, a 300-level student of the University of Jos whose lifeless body was found mutilated on January 1, 2022 at Domus Pacis Guest House, Jos, by a man, Moses Oko, aged 20 years, suspected to be her boyfriend who fled after committing the crime, the command, in a bid to arrest the perpetrator, launched an aggressive manhunt for the suspect and tactically trailed him to Benue State, where he was arrested by hawk-eyed police operatives of the command. The suspect will be arraigned at the end of investigation.”

In an interview with Punch, the victim’s friend, Jessica Dung, said that Moses was arrested in a psychiatric home in Makurdi, Benue State, adding that his hair was shaved to suggest that he was mentally unstable.

She said, “The police said they were told that he was mad, but they didn’t see any sign like that and that their thinking was that some people advised him to disguise.

“He is no longer in dreads; the police said maybe his lawyers advised him to disguise, as they are looking for a way to get him out of the whole mess. The police took him to the State Criminal Investigation and Intelligence Department in Jos.”