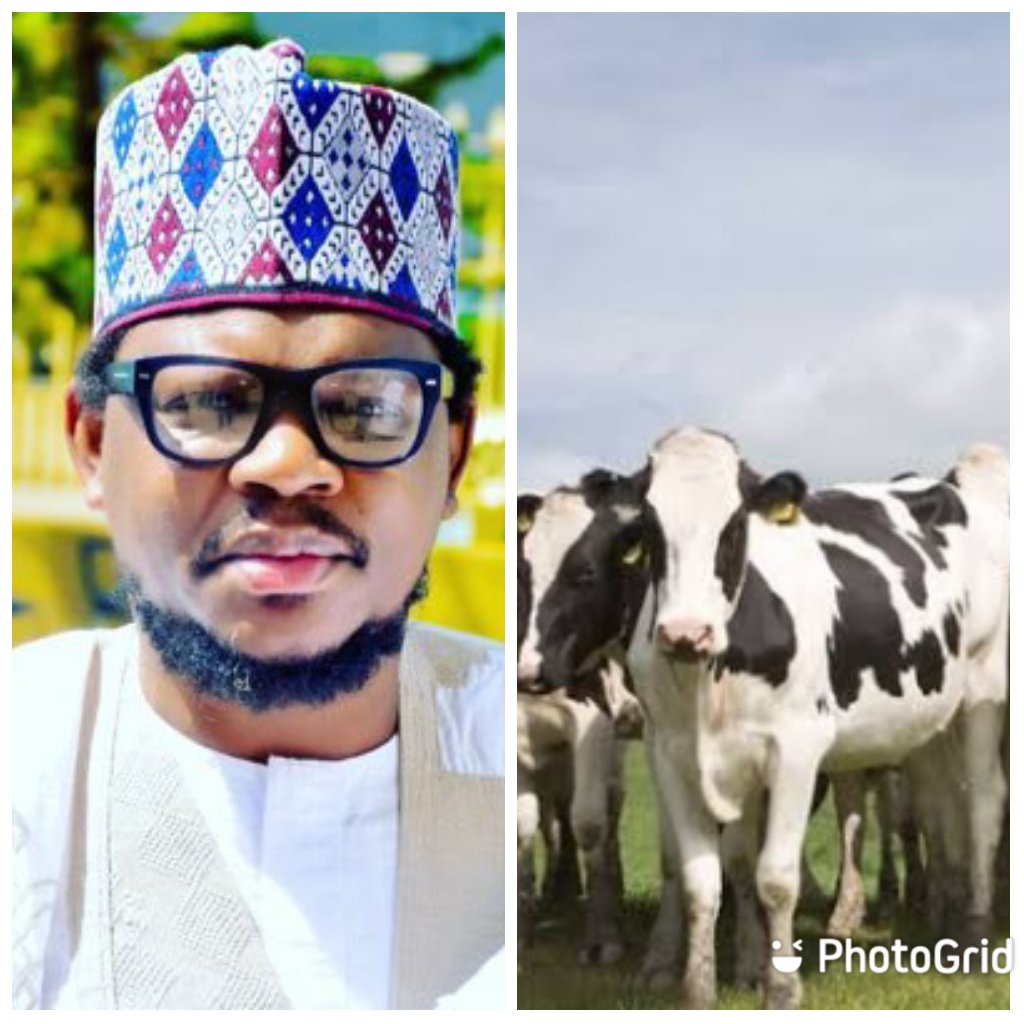 The 2019 Presidential candidate of the All Progressive Congress (APC), Adamu Garba, has stated that cows are more valuable than oil and gas.

Speaking on the decision of the Miyetti Allah Cattle Breeders of Nigeria that all Fulani herdsmen should depart Southern Nigeria, Adamu added that the North can process the cattle and sell it’s finished goods all round the world.

Adamu added that major stakeholders in the North must admit cows as business opportunities and invest heavily in it as not doing that has ‘brought dehumanisation and condescension from some elements in the South.’

“It is becoming increasingly clear that the 2023 election is a game between cattle states & non-cattle states. Let’s be blunt about this” Adamu added.

“I perfectly agree with this proposal. All Fulani present in Southern Nigeria should come back.

“We shall use the cattle, process the resources, and sell all over the world as finished goods.

“Cattle have more economic value than the entire oil and gas reserve we have in Nigeria.

“Our major stakeholders in the North must admit cows as business opportunities not just culture & invest heavily to bring #CowToCurrency to reality.

“The job opportunities, the manufacturing centres, & the connection to global hubs of demands for the best cattle meats can open more doors and set for the liberation of Northern Nigeria from cheap and somewhat, useless oil assets.

“We must invest in harvesting the value of cattle.

“With over 20 million cows, take 1/3 as milk-producing female on average of 5 liters a day, we’ll have almost N12Bn/day from cow milk. That’s about N700M/state/day. About N21Bn/State/Month.

“That is much higher than the Monthly Allocation the largest state receives in the North.

“Again, each cow can generate a minimum of 3 Jobs. Rearing, Slughtering, Processing, marketing, Selling, and management.

“I marveled at the laziness of Northern Governors.

“Northern Governors think awarding contracts for building roads, taking their cuts is all they need for themselves.

“Doing so has subjected the North to condescension and dehumanization from some elements in the South.

“The time is now for them to wake up to our potentials.

“It is becoming increasingly clear that the 2023 election is a game between cattle states & non-cattle states. Let’s be blunt about this.

“If Northern leaders do not wake up to this urgent reality, the target will not just be the cow, but the cow harboring states & their adherents.

“From each cow, you have:

Why would you ever wait for Oil and Oil only?