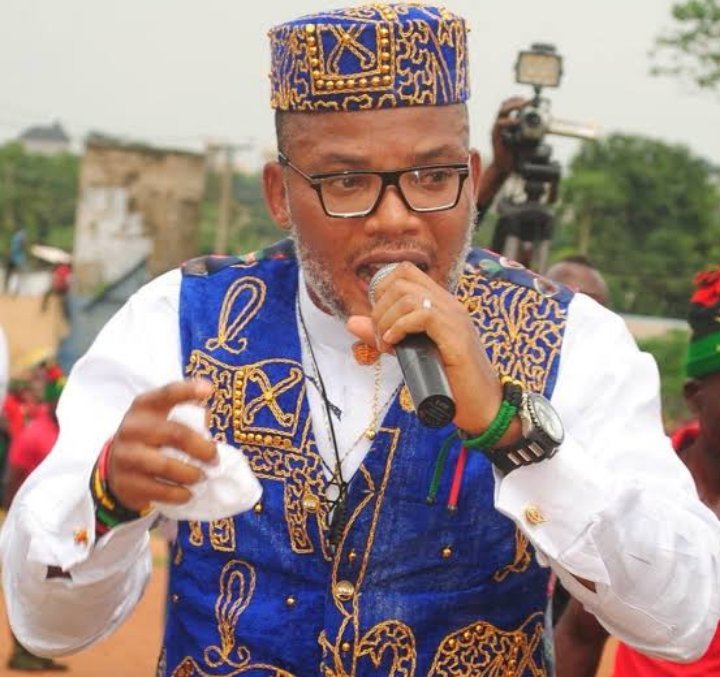 The leader of the Indigenous Peoples of Biafra, Mazi Nnamdi Kanu has advised Southern Nigeria to walk away from Nigeria over refusal by the North to adopt restructuring.

Speaking through his official Twitter page on Monday stated that groups in the South are demanding to restructure but the Senate President Ahmad Lawan and the Attorney General of the Federation, Abubakar Malami opposed the idea.

There have been many opposing voices over the resolution of the Southern Governors to ban open grazing, restructure to reflect true federalism and federal character in the country.

“Groups in the South have been demanding RESTRUCTURING. Now, Southern Govs & Southern caucus in NASS have joined in. That’s half of Nigeria. But 2 men – the Senate President & AGF Malami are saying the North won’t entertain it.