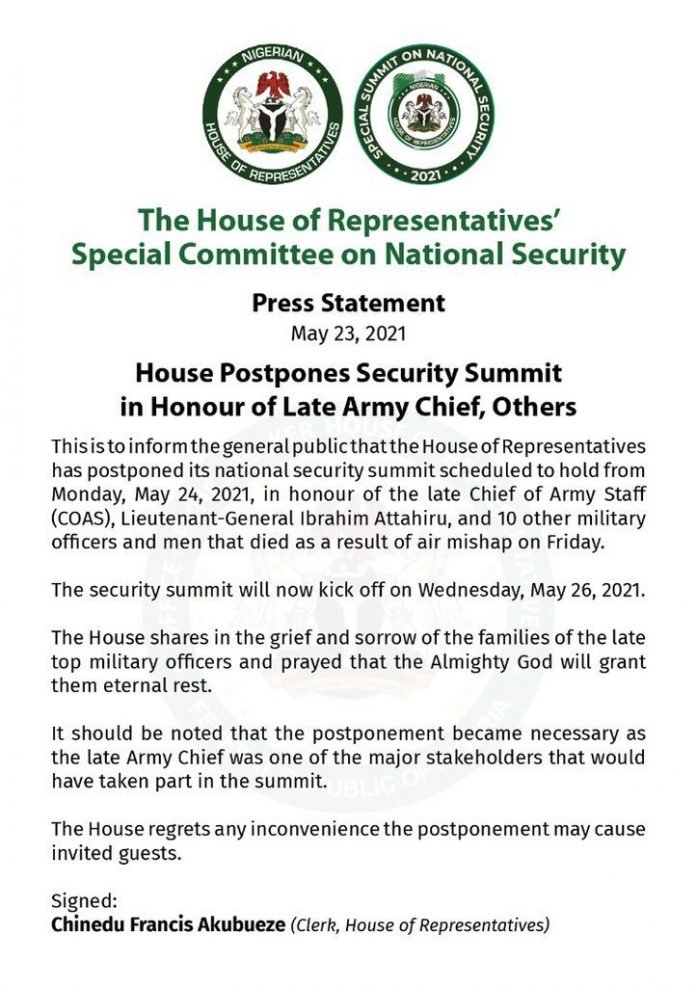 The House of Representatives has postponed a security summit scheduled to hold today, May 24th, 2021 over the death of the Chief of Army Staff, Lt. General Ibrahim Attahiru.

The late chief of army staff and ten others died at a plane crash in Kaduna State on Friday.

A statement issued by the clerk of the House of Representatives, Chinedu Francis Akubueze on Sunday revealed that the postponement became necessary as the Late Chief of Army Staff was a major stakeholder at the summit.