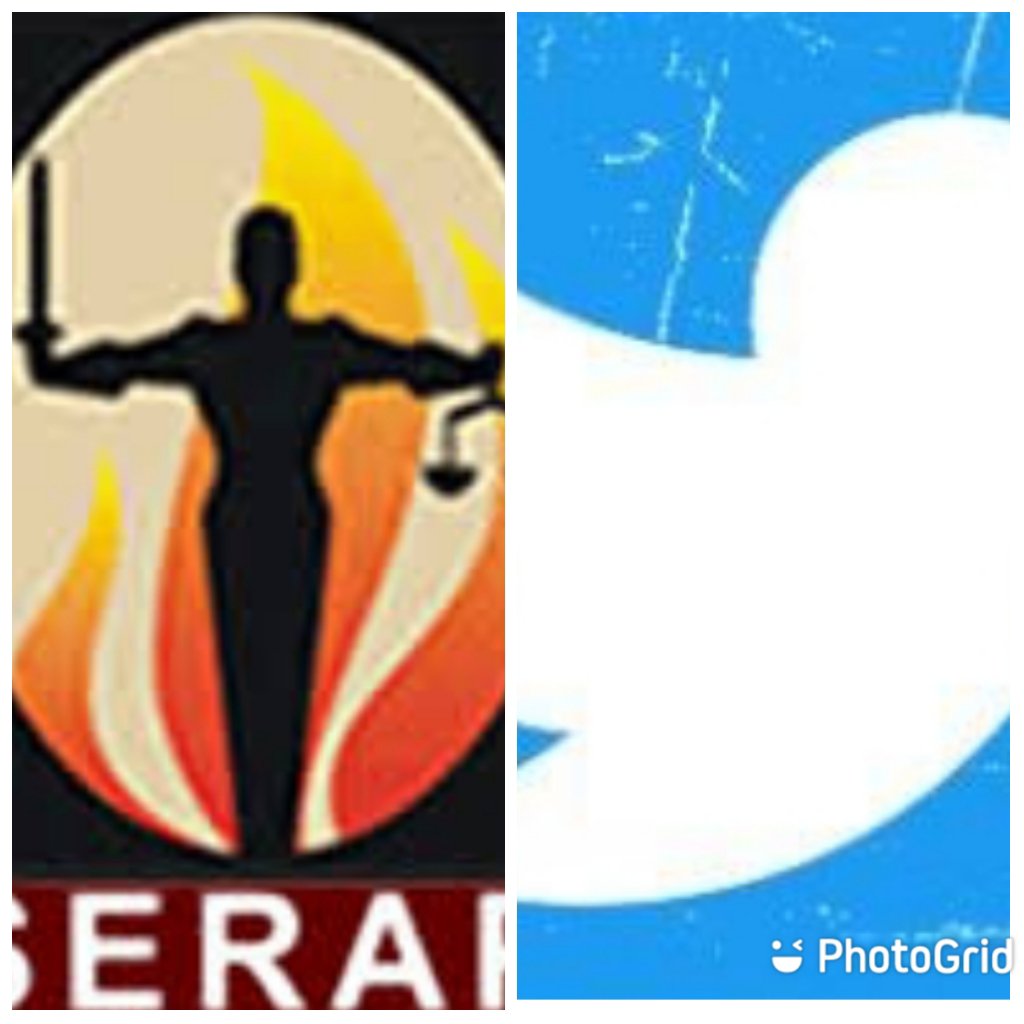 Socio-Economic Rights and Accountability Project (SERAP) has sent an Urgent Appeal to Rt Hon Patricia Scotland QC, Secretary-General of the Commonwealth, urging her to “apply the Commonwealth Charter to hold the Nigerian government to account over the unlawful suspension of Twitter in Nigeria, and the resulting repression of human rights particularly the rights to freedom of expression, access to information and media freedom, as well as a flagrant disregard for the rule of law.”

In the Urgent Appeal dated 5 June, 2021 and signed by SERAP deputy director Kolawole Oluwadare, the organization said: “The Nigerian government has repeatedly demonstrated that it is not committed to protecting human rights. The Commonwealth should take a clear stand to ensure accountability of institutions, freedom of expression and access to information in Nigeria.”

SERAP said: “Nigerians can only freely participate in the democratic processes and shape the society in which they live if these fundamental human rights are fully and effectively respected, protected and promoted.”

According to SERAP, “The suspension has the character of collective punishment and is antithetical to the Nigerian Constitution and the country’s international obligations. Nigerian authorities would seem to be suppressing people’s access to Twitter to exploit the shutdown to cover up allegations of corruption, abuses, and restrict freedom of expression and other fundamental rights.”

The Urgent Appeal, copied to Mr António Guterres, Secretary-General of the United Nations; and Ms Michelle Bachelet, UN High Commissioner for Human Rights, read in part: “The Nigerian government has also called for the prosecution of those who violate its order suspending Twitter operations in Nigeria. This order for prosecution of Twitter users violates the legal rule that there should be no punishment without law.”

“The principle that only the law can define a crime and prescribe a penalty (nullum crimen, nulla poena sine lege) is a fundamental part of Nigerian constitutional jurisprudence.”

“The Commonwealth Charter recognises the right of individuals to participate in democratic processes, in particular through the peaceful exercise of their freedom of expression and access to information, which apply both offline and online.”

“Respect for Commonwealth values is essential for citizens to trust Commonwealth institutions. The Commonwealth ought to take a strong stand for the protection of human rights, transparency and the rule of law in Nigeria, principles which are fundamental to the Commonwealth’s integrity, functioning and effectiveness of its institutions.”

“Allowing citizens to freely exercise their human rights including freedom of expression and access to information without threat of reprisal or prosecution would enable them to contribute to society on issues of transparency, accountability, good governance, integrity and human rights.”

“Nigerian government has a legal responsibility under the Nigerian Constitution of 1999 [as amended] and international human rights treaties including the African Charter on Human and Peoples’ Rights and International Covenant on Civil and Political Rights to respect, protect and promote freedom of expression, access to information, and to ensure a safe and enabling environment for people to enjoy these rights.”

“The suspension of Twitter in Nigeria demonstrates the authorities’ determination to suppress all forms of peaceful dissent by the Nigerian people. There are well-founded fears that the human rights situation in Nigeria will deteriorate even further if urgent action is not taken to address it.”

“According to our information, the Nigerian government on Friday 4 June 2021 unlawfully ordered all internet service providers to suspend Twitter in Nigeria. The suspension of Twitter operations in Nigeria followed the deletion of President Muhammadu Buhari’s tweets, which according to Twitter ‘violated the Twitter Rules.’”

“The suspension of Twitter in Nigeria is taking place against the background of repression of the civic space and harassment of media houses, and journalists who are targeted simply for performing their professional duty.”

“The suspension of Twitter has seriously undermined transparency and accountability in government. The lack of transparency undermines the rule of law and Nigerians’ ability to participate in their government.”

SERAP, therefore, urged the Commonwealth to:

1. Publicly condemn the suspension of Twitter in Nigeria, and put pressure on the government of President Muhammadu Buhari to reverse the unlawful suspension;

2. Urge the government of President Muhammadu Buhari to respect freedom of expression, access to information, and media freedom, as well as promote transparency and accountability, and the rule of law;

3. Urge the government of President Muhammadu Buhari to withdraw the threat to prosecute Nigerians simply for peacefully exercising their rights through Twitter

4. Establish a mechanism to visit Nigeria to monitor and report on violations of Nigerians’ right to freedom of expression, access to information and media freedom, absence of transparency and accountability, and persistent disregard for the rule of law, and to get to the root of the facts and circumstances of such abuses, to ensure full accountability. Such mechanism would be the right response from the Commonwealth to protect the integrity of the institutions and ensure compliance by members to the Commonwealth values as enshrined in the Commonwealth Charter and declarations