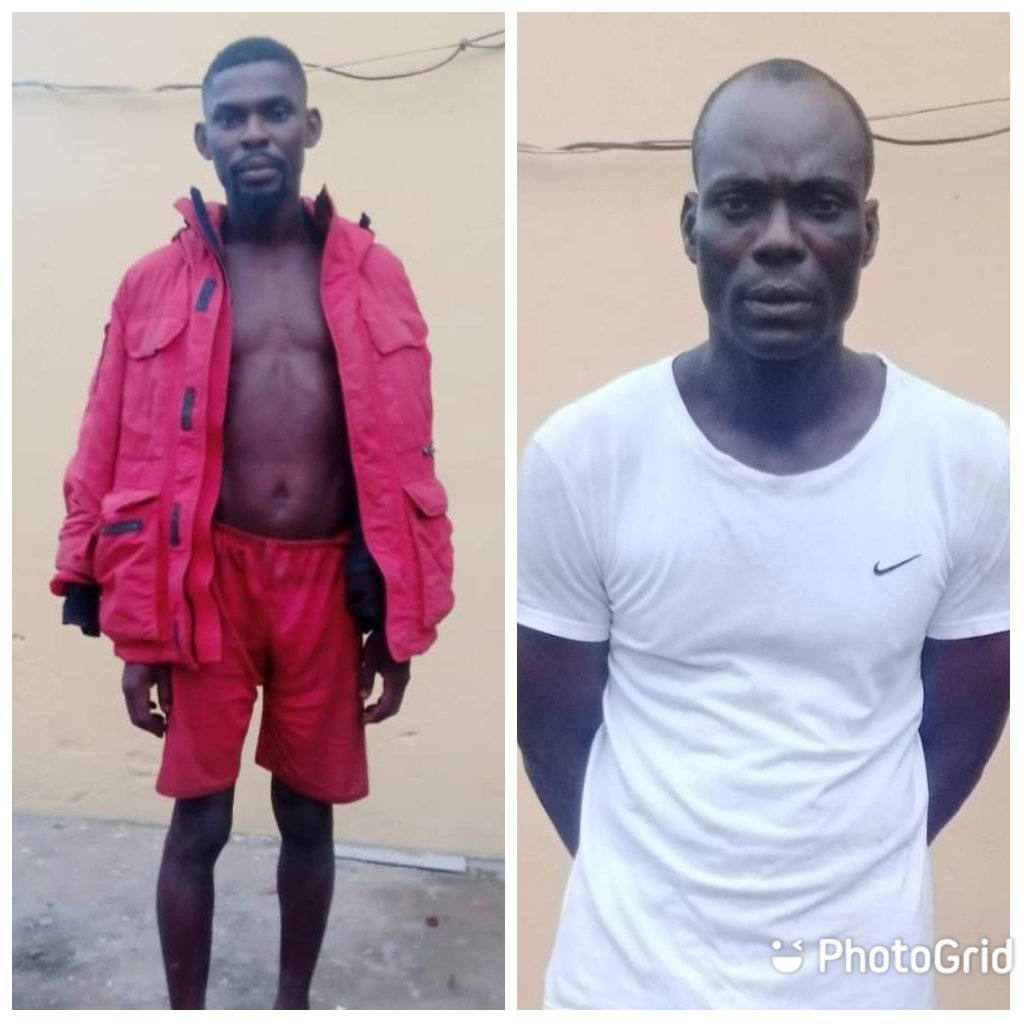 The Imo State Police Command has arrested a native doctor who prepares charms for members of the Indigenous Peoples of Biafra and the Eastern Security Network.

It was gathered that through the arrest of 65-year-old Ezeudo Orgu by the Tactical teams of the Command through diligent and painstaking investigations, stormed Ukwuorji, Mbaitoli Local Government area, along Onitsha road on the 8th of June, 2021 led to the arrest of suspects who attacked police stations as well as the residence of Governor Hope Uzodinma.

“He further led operatives of the Command to the IPOB/ESN camp a Bush close to Njaba River, where nine persons were arrested at the criminal hideout while planning another attack, assorted charms were recovered from them.

However, two (2) out of the nine arrested in the hideout, CHINEDU NWAKAIRE “M” aka ONE DOOR, 48 yrs old UZOAMAKA UGOANYANWU “M”, (thier native Doctor) 40 yrs old, were identified to be part of the hoodlums that attacked the private residence of Gov. Hope Uzodinma and also some Police stations as well, they confessed to the crime, and also stated their roles during the operations.”

The Commissioner of Police, Abutu called on members of IPOB/ESN and any other criminal syndicate who stole Police arms and ammunition to surrender themselves to get a soft landing or face being arrested and facing the wrath of the law.

He also reiterated that the Command will do everything possible to rid Imo State of crime and criminality.