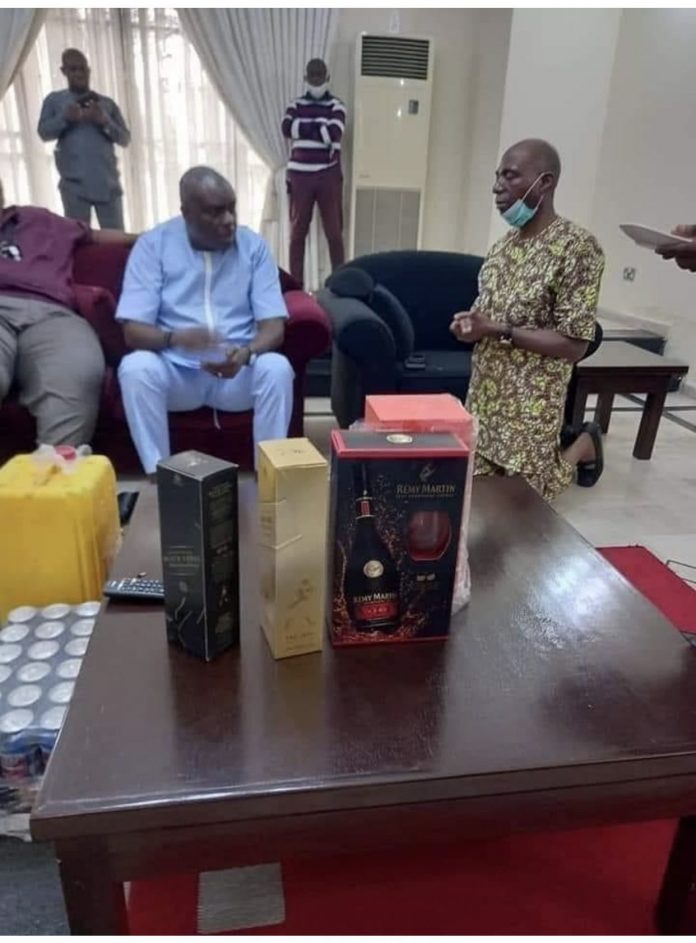 Tweeps argued on Friday that there’s no reason why a Senator of the Federal Republic of Nigeria should kneel to an ex-convict.

The 60-year-old Senator Manager who has been a Senator under the Peoples Democratic Party since 2003 to date, represents the Ijaw, Itsekiri and Isoko ethnic groups has made no notable achievement in his 18 years of representing his constituents.

Abdul Mahmoud wrote “My father,
who art in Oghara,
hallowed be thy name”

Thomas not Sankara wrote “Inasmuch as this picture was made to be savage, there is nothing wrong with it. Picture clearly showed Ibori praying for the senator with a kolanut. It is normal Urhobo culture to pray for a visitor bearing gift. Nothing ridiculous here.”

Omoyele Sowore wrote, “Nigeria is a Crime Scene! Here is a serving Senator of the Federal Republic of Nigeria, James Manager on his knees seeking political favour from an ex-convict, former Governor of Delta state, James Ibori!
Lawd, we need #RevolutionNow”