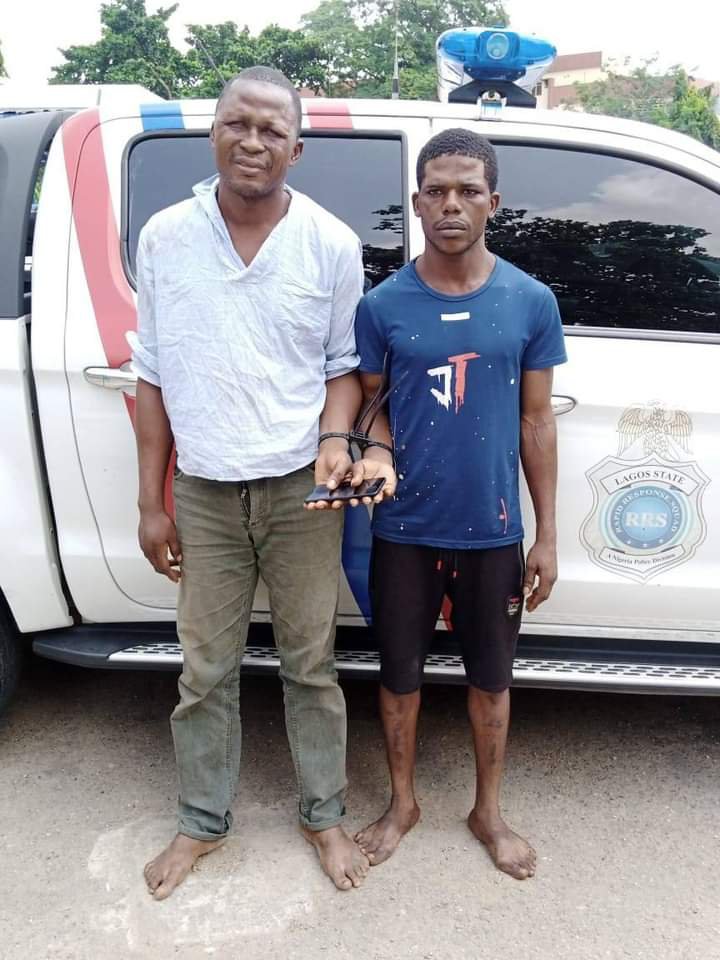 The culprits, 40-year-old Abiodun Idowu and 27-year-old Adeleke Adekunle were arrested after snatching a phone from a corps member identified as Olakunle John.

After the corps members Galaxy A20 phone was snatched and they chased them, the thieves were taken in by the NURTW but the corps members blocked the road in Ikeja insisting that the thief must provide the phone.

Unfortunately, one of the suspects handed the phone over to another who ran away with it.