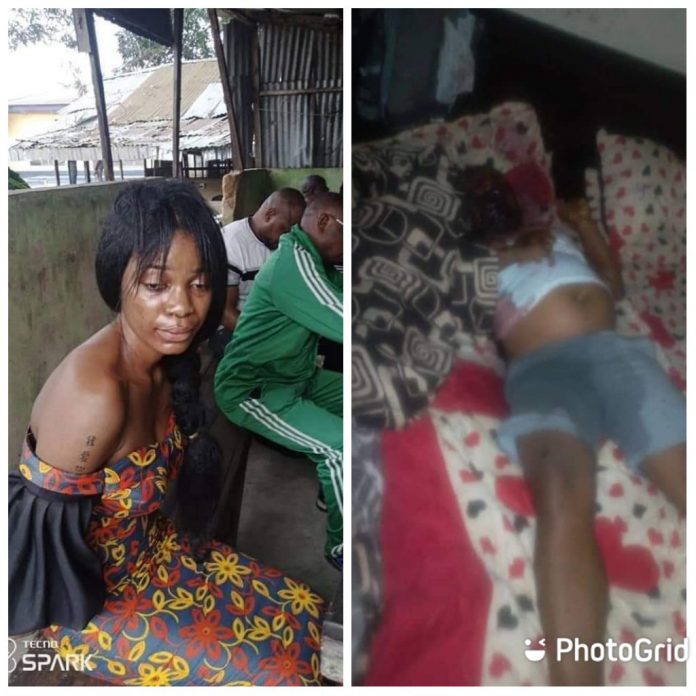 A lady based in Uyo has been arrested by the Akwa Ibom State Police Command for killing her boyfriend.

It was gathered that the suspect escaped with his Mercedes Benz formatic and car papers.

The victim identified as Chukwuemeka, according to Comrade Vincent Aluu, is the only son of the parents and was an importer of goods.

All efforts made by his business associates to reach the decease to come and clear his consignments proved abortive and they were forced to look for his whereabouts, as such has never happened before. The late Chuhwuemeka was later found in his pool of blood inside his bedroom.

Using the vehicle tracker, the suspect was traced to a nearby hotel where she went for leisure.

According to reports, she is currently at the Ewet Housing Police Station giving the Police information.