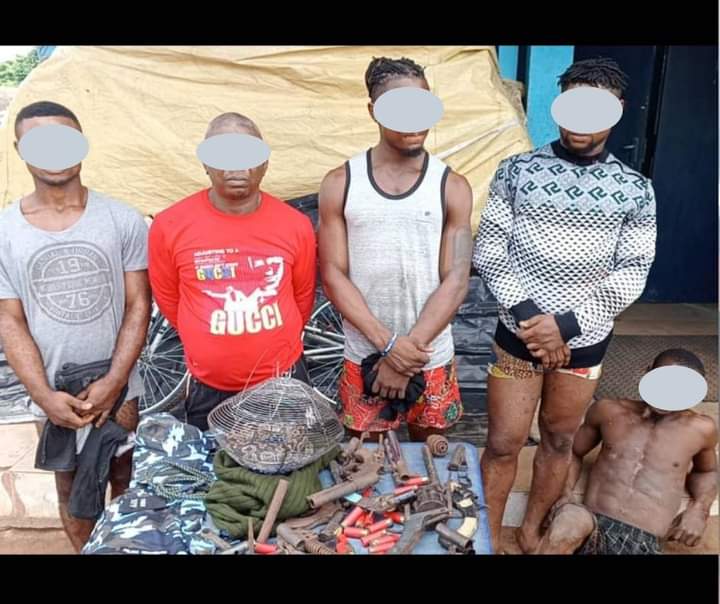 A native doctor and his gang members have been arrested by the Imo State police command for allegedly murdering one Inspector of Police Felicia Nwagbara.

A statement issued by the command’s spokesperson, Micheal Abattam, in Owerri, the state capital, on Thursday disclosed that the slain cop had been declared missing by the command since 2017.

Items recovered from their hideout were one Toyota Camry car with registration number AKD 73 BF LAGOS, one live python, eight locally made pistols, 18 rounds of live cartridges, one Biafra flag, a pair of Police camouflage uniform belonging to late Nwagbara.