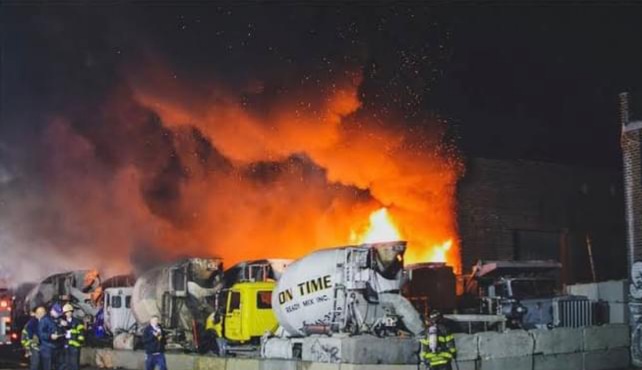 Gunmen attacked a truck belonging to a popular cement company at Ugbolu village near Asaba and allegedly killed the driver and conductor on Wednesday.

Witnesses told journalists that the attackers armed with dangerous weapons also set the truck ablaze.
John Okafor, a commercial driver, said that the gunmen blocked the road and ordered the truck driver to alight from the vehicle.

“They used logs of wood to block the road and searched every vehicle plying the route, saying they were enforcing orders of the proscribed Independent Peoples of Biafra (IPOB).

Another witness, Tony Emezuaka, a commercial motorcyclist, also confirmed that the attackers set the truck on fire after killing the driver and his boy.

Mr Emezuaka, who said he witnessed the incident, confirmed that the truck loaded with bags of cement was razed before the attackers fled the scene.
When contacted, a spokesperson for the police, Bright Edafe, confirmed the attack.

Mr Edafe, however, said only one person was killed.