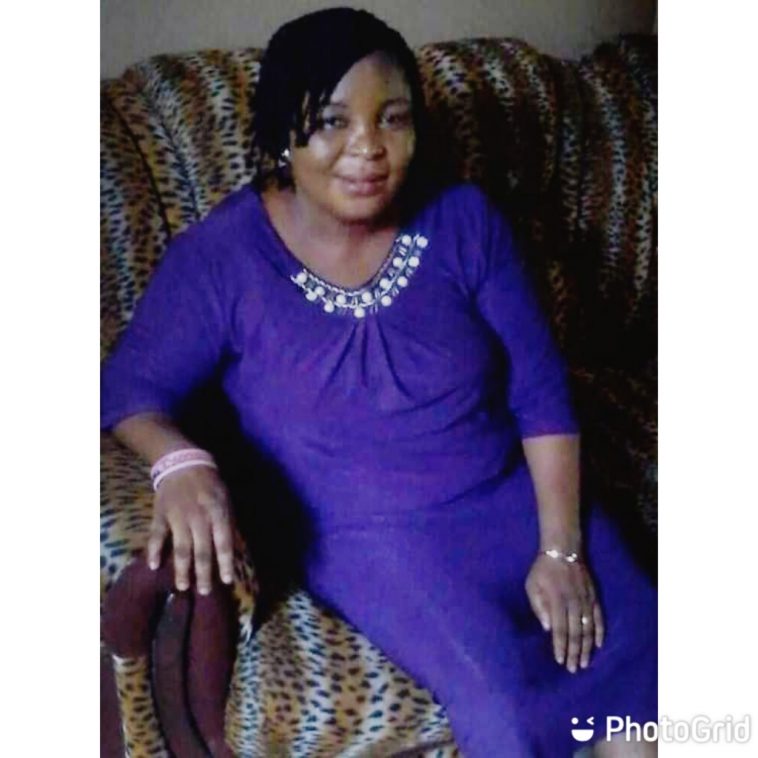 Mrs. Fidelia Emejor, a 44 years old widow, is a native of Eluoro Achara Uturu, Abia State, Nigeria. She lost her husband, Mr. Paul Lewechi Emejor, in 2017 following an illness. Before his death, Mr. Lewechi was a successful Kaduna-based businessman.

The widow had reported a case of abuse to the WACOL legal clinic in 2021.

Following the marking of the 2022 International Widows Day today, our client has decided to tell her story to the whole world to create awareness about the plight of widows like her, and to solicit the support of relevant agencies towards ending her ordeal.

According to our client, ” I feel so bad today because I remember the death of my late husband. Since the passing of my husband, I have been facing untold hardship due to domestic violence and abuse from my husband’s brothers. The arrowhead in this wicked act is Mr. Joseph Emejor who has been making life miserable for me since the unfortunate incident.

“My late husband was the first son amongst five (5) men in the family, others are Comrade John Emejor, Mr. Chinedu Emejor, Chibuzo Emejor, and Chibuike Emejor.
My husband married me years after he lost his first wife. While alive, we lived peacefully, and happily until death took him away, throwing me out in the cold. Since my husband left, I nurtured and cared for all our children without discriminating against children from her late wife. I attended to both their welfare and academic needs including one of them in the university.

“In 2021, my brothers-in-law conspired among themselves and stripped me of all the properties we labored for, abandoning me and the children to suffer. One of them called Mr. Joseph Emejor, and his brother forcefully ejected us from our home and locked the houses in both the village and in Kaduna state where I lived with my husband until his demise.

“As if that was not enough, they returned six months after and took the children from me, leaving me alone with my son. In addition, they have been collecting rent from our house and shops without giving me a dime out of it even though I have no other source of livelihood. We have been suffering because they took away everything from us.

“Beside these humiliations, Mr. Josepph Emejor who is currently occupying our shops and houses in Kaduna with his own family has been haunting my life like a ghost. He has threatened to kill me unless I hand the property documents over to him. I am depressed, that is why I am crying out for help.

“I reported the matter to the traditional ruler of our community, but they ignored the Eze when he invited them. That was why I went to the WACOL office in Enugu to seek justice. I decided to speak out because domestic violence is getting out of hand. I want the whole world to hear my voice and come to my rescue.

Fidelia’s case is just one out of thousands of heart-rending stories of widows received by WACOL (Tamar SARC) on daily basis. These victims visit from across the country, especially, in the South-East.

Reasons for these have been linked to negative cultural norms common in the area. According to research carried out by WACOL in the South East and South-South States, harmful cultural norms are still prevalent in Igboland more than two decades after the Beijing declaration.

It is a fact that widows in Nigeria face frightening ordeals as a result of harmful widowhood practices which include economic disinheritance, social exclusion, forceful custody of children, physical/emotional abuses, and ejection from matrimonial homes. Some are accused of killing their husbands and forced to drink water used to wash their husband’s corpses to prove their innocence.

In Africa and particularly in Nigeria, violence against widows is an existential threat that continue to plague widows.

As the world marks International Widows Day today June 23rd,  the WomenAid Collective (WACOL) has joined her voice to other human rights agencies to clamor for a better life for Nigerian widows. We note that this is another opportunity to escalate the plight of widows in and around our communities, our neighborhoods, and even at the workplaces.

In line with the theme of this year’s celebration which is “Sustainable Solution for Widows Financial Independent”, we call for the total emancipation of widows from economic deprivation, physical/emotional torture, and its attendant poverty and deprivations.

On our part, WACOL is currently working with the traditional ruler of Mrs. Emejor’s community to ensure that she return home without further hindrance. We shall also continue with our interventions in other related cases before us.
We are also collaborating with partner organizations including; Action Aid Nigeria, UNDP, and UNWomen on various projects to tackle violence against women and girls, including harmful cultural practices.

Interestingly, we are presently partnering the Ford Foundation on a project to eliminate harmful cultural norms by engaging traditional rulers, judicial officers and women activists to review and codify existing cultural norms with a view to eliminating the ones that promote violence against women and girls in the society, including widowhood practices.

We have laws and treaties that pronounce that women have the rights to live freely, and that she is protected by the laws. And Nigeria is a signatory to these instruments. They include: the Convention on Elimination of all Forms of Discrimination Against Women (CEDAW) and the 1993 UN Declaration on Elimination of Violence Against Women, which provided the needed protection for women.

We, therefore, call on all relevant agencies to ensure the effective implementation of these extant laws that guarantee and promote safety as well as better living standards for widows in society.

International Widows Day was first observed in 2011 and used to amplify the voices of widows and to also highlight their plights across the globe. The date was chosen as a result of Shrimati Pushpa Wati Loomba, mother of Lord who became a widow in 1954. The day was instituted by the Loomba Foundation to raise awareness about the issue of widows.