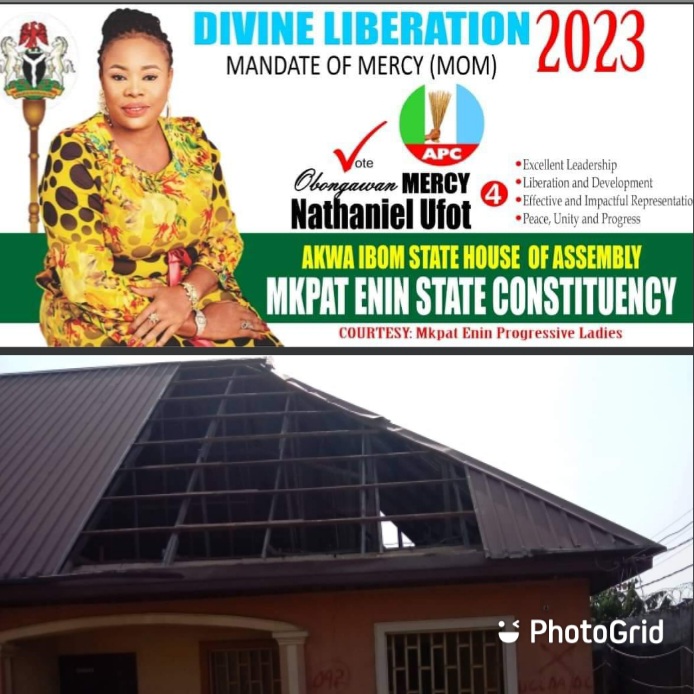 A House of Assembly candidate for Mkpat Enin State Constituency in Akwa Ibom State for the All Progressive Congress, APC, Obongawan Mercy Nathaniel Ufot has allegedly removed the roof of a tenant’s home over unpaid house rent in the State.

Mrs. Ufot had removed the roof, doors, and windows of her tenant’s home who was owing six months’ rent.

According to the tenant who is a mother of three, she has made a formal complaint to the Akwa Ibom State Police Command.

She also proposed to pay her rent in installments while appealing for consideration over the harsh economy and her poor ill health.

The proposal that the aspiring lawmaker had refused but rather called on people to fully removed the roof of the house and also the doors.

This will be the first time the University of Calabar graduate of Industrial and Labour Studies will be contesting for the office to represent the people of Mkpat Enin State Constituency.