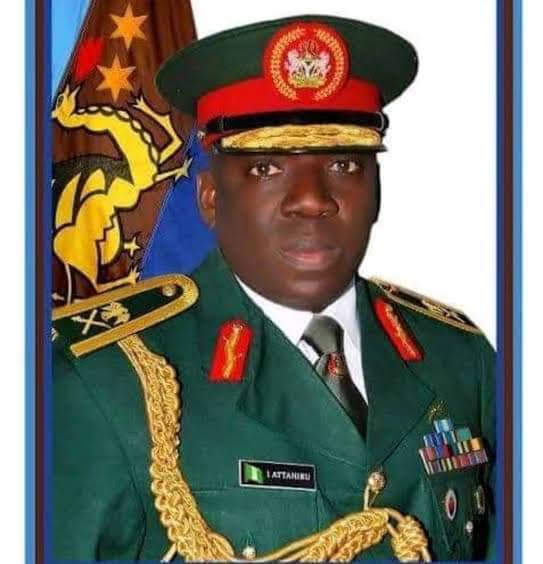 The Chief of Army Staff, Lieutenant General Ibrahim Attahiru and eleven others have died in a plane crash involving a Nigerian Air Force aircraft.

The military officers died near Kaduna airport where the Chief of Army Staff was billed to commission a project in one of the military formations in Kaduna State.

He said there was an air crash involving a Nigerian Air Force plane but did not reveal identities of those on board.

However, it was gathered the Chief of Army Staff Lt Gen Ibrahim Attahiru was on board the aircraft with his wife and some other senior military officers.

“The immediate cause of the crash is still being ascertained. More details to follow soon,” the NAF spokesman tweeted.

He was a member of the Regular Course 35 of the Nigerian Defence Academy.

Before his appointment as the Chief of Army Staff, he was the General Officer Commanding 82 Division of the Nigerian Army, Enugu.

He was also a former Theatre Commander of the Operation Lafiya Dole.