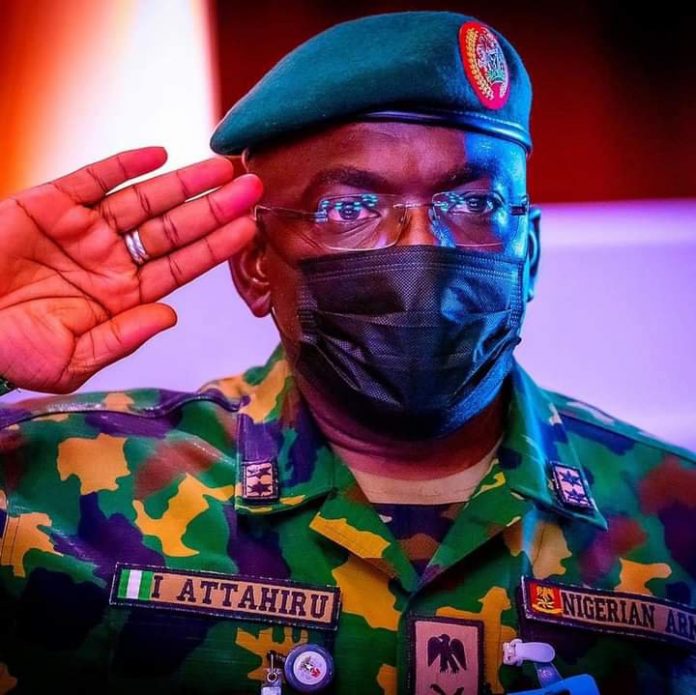 President Muhammadu Buhari has expressed shock over the death of the Chief of Army State, General Ibrahim Attahiru in Kaduna State on Friday.

The aircraft of the COAS crashed as it approached Kaduna Airport ahead of the passing out parade of some of the officers of Nigeria Army Depot in Kaduna State.

Expressing grief, President Buhari started that Attahiru’s death ‘is one mortal blow to our underbelly, at a time our armed forces are poised to end the security challenges facing the country.’

A statement released by the Special Adviser to the President on Media and Publicity, Femi Adesina on Friday reads below;

President Muhammadu Buhari is deeply saddened over the air crash that claimed the Chief of Army Staff, Lt. Gen. Ibrahim Attahiru, and other military officers.

The President condoles with families of the deceased, the military, and Nigerians in general, describing them as “heroes who paid the ultimate price for peace and security in the land.”

While praying that God receives the souls of the patriots, the President says the crash “is one mortal blow to our underbelly, at a time our armed forces are poised to end the security challenges facing the country.”

The President pledged that the departed would not die in vain.

Others involved in the plane crash include;