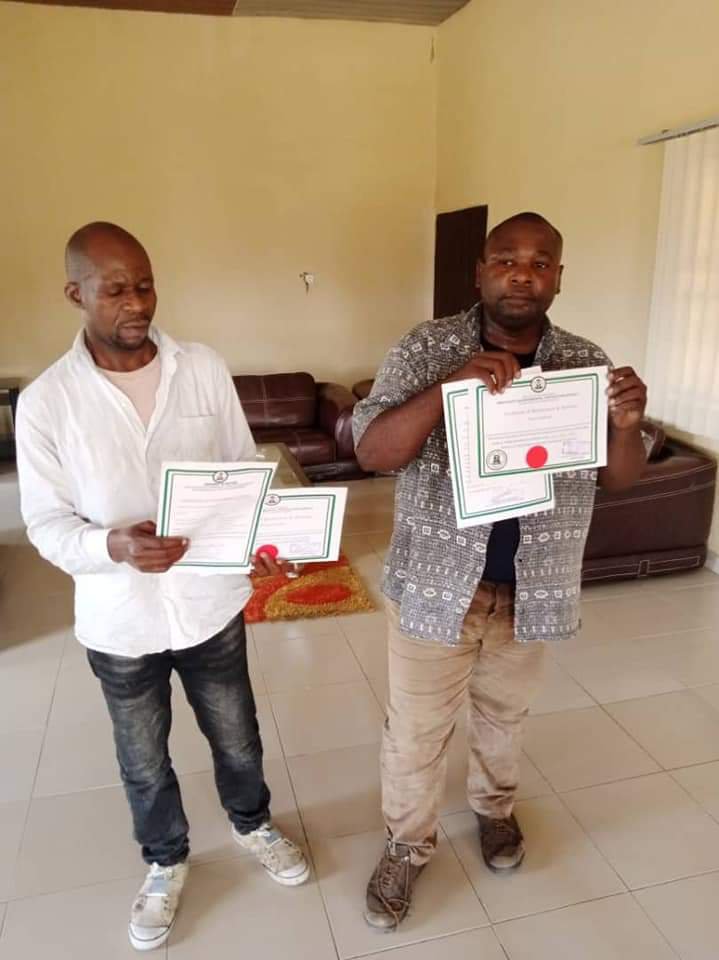 The suspects, Amakwe Nduka and Emmanuel Eche were apprehended in a hired commercial tricycle collecting revenue from the citizens at Umuizike Ofeme.

According to the leader of ASEPA Team B, Mr. Ugochukwu Agu, the team has been tailing the gang following a tip-off by residents of the community.

“When we stopped them, they abandoned the Keke and took to their heels while we went in pursuit after the three of them. We later grabbed two of them and brought them to the agency headquarters”, Mr. Agu told our reporter.

Fake government documents were recovered from them including ASEPA official receipts and certificates as the duo accepted they duped residents and pleaded with the team to accept a bribe of N200,000 to let them go but their pleas met brick walls.

Reacting, Kelechi Okechukwu, a Deputy Director in Industrial Pollution Control and Inspectorate as well as Mrs Kelechi Philips, the Director of Finance confirmed the arrest and remand of the duo last year but they were later released at the peak of the COVID-19 pandemic.

Hon. Eze Okwulehie also confirmed that the gang operate everywhere in the state even as he insisted that the agency will hand them over to the police for the law to take its full course.