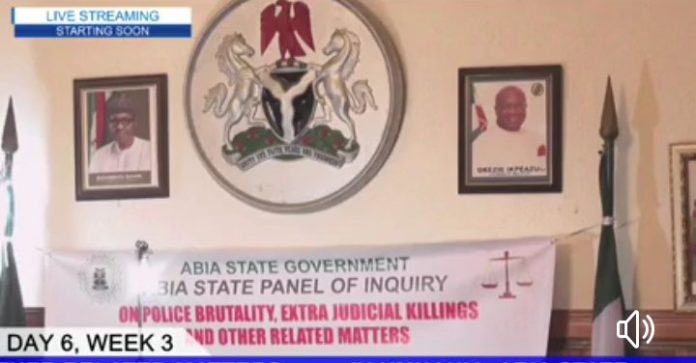 The victims of police brutality in Abia State has appealed to the Governor, Dr Okezie Ikpeazu to mandate the members of the Abia State Judicial Panel of Inquiry to expedite action and compensate victims.

This was contained in a Communique signed by some of the victims adding that the compensation will help lessen the burden the brutality has caused on them and their families.

It also expressed its gratitude to the Federal Government and the Abia State Government for setting up the panel to address the issue of police brutality in the country.

The Communique reads below;

A COMMUNIQUE ISSUED AT THE END OF AN EMERGENCY MEETING BY VICTIMS AND FAMILIES OF VICTIMS OF POLICE BRUTALITY, EXTRA JUDICIAL KILLINGS AND OTHER RELATED MATTERS, ABIA STATE, HELD ON WEDNESDAY, JUNE 23, 2021.

The families of/and victims of police brutality and extrajudicial killings in Abia state met with utmost concern over the silence that followed the conclusion of hearing by the judicial panel of inquiry set by the Abia State government.

The participants resolved as follows;

The Judicial Panel of Inquiry was set up in October 2020 by the Federal Government at the #endsars protest to address the complaints of the citizens on extortion, extrajudicial killing, rape and stealing by the members of the Police Force in Nigeria.

So far, all the States in the federation that set up the panel have concluded their hearing and some like Lagos and Kwara State have begun to compensate victims of recommended cases.