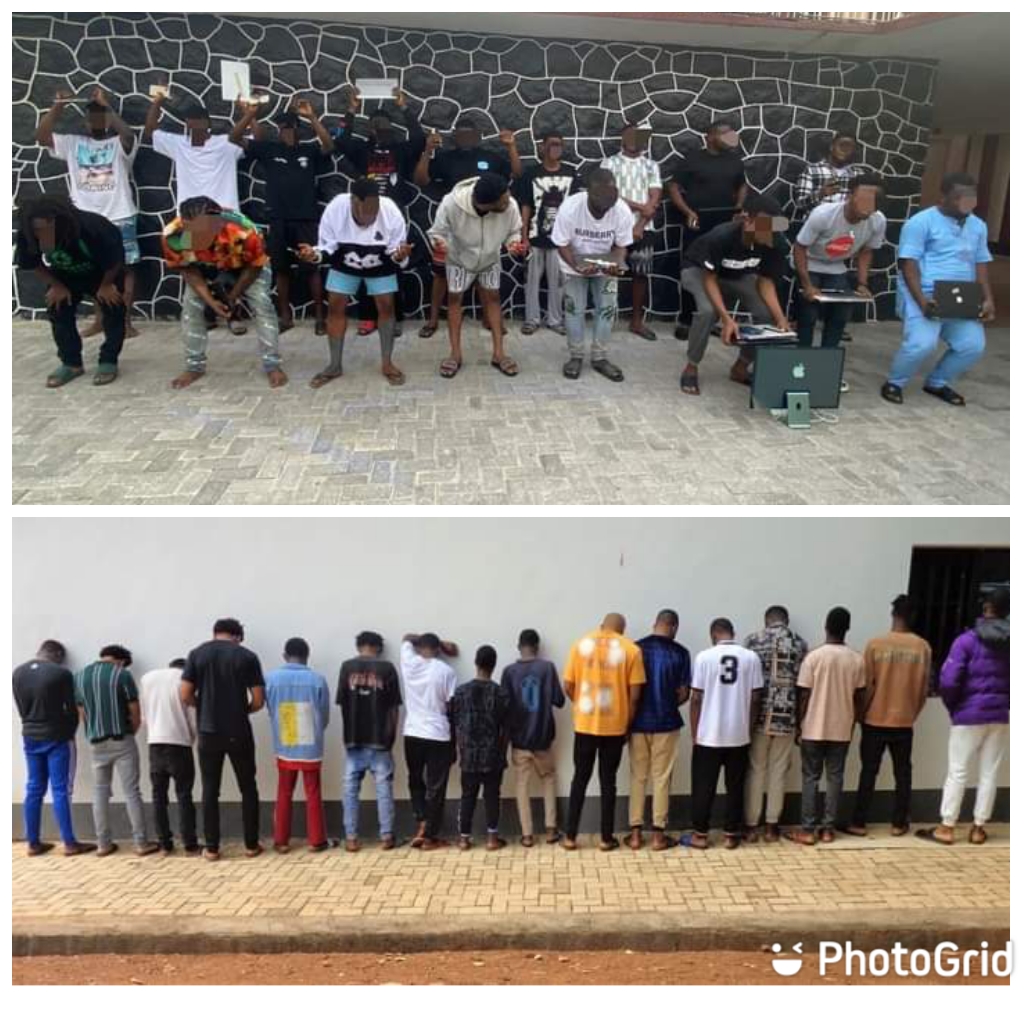 Operatives of the Lagos and Enugu Zonal Commands of the EFCC, today, March 22, 2022, arrested 33 internet fraud suspects in separate sting operations. Seventeen of the suspects were arrested in Lagos while 16 others were nabbed at Enugu.

They were arrested in an Estate around the Ikota axis of Lagos following credible intelligence received by the Commission on the illegal activities of some individuals allegedly involved in computer fraud.

Upon their arrest, 6 exotic vehicles, laptops and mobile devices were recovered from them.

The 16 suspected fraudsters arrested in Enugu were apprehended at the Premier Layout axis of Enugu.