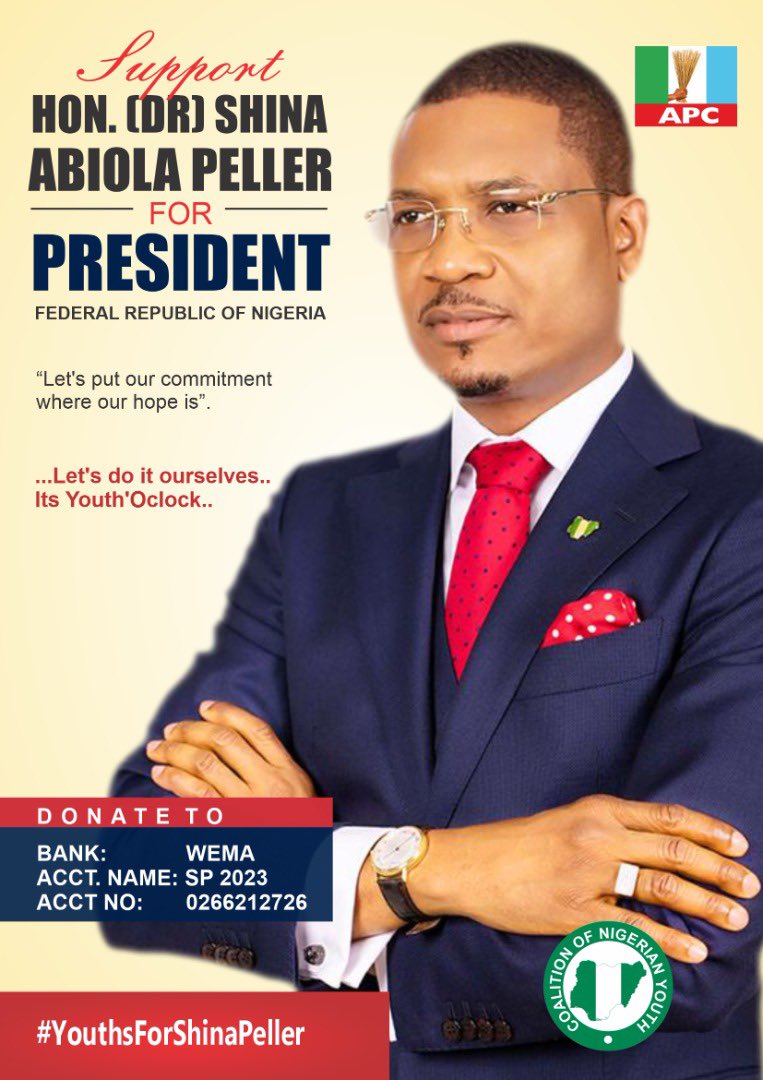 The Honourable member representing lseyin/ltesiwaju/ Kajola/lwajowa federal constituency on the platform of the All Progressive Congress, Shina Peller has called for donations as he joins the 2023 presidential race.

In a post shared on his social media, Mr Peller revealed that many support groups have been clamouring that he throws ‘his hat into the presidency ring.’

To this cause, the entrepreneur has called for a meeting for the coalition of Progressives Young Nigerians and other young Nigerians seeking elective positions.

“THE DIE IS CAST

In recent times, I have had several support groups clamouring that I make bold political moves. I sincerely thank them for their trust and concern. While there are calls for me to run for the senate others say I should throw my hat into the presidency ring. As a leader, I understand that I must make tough decisions and make tough sacrifices to enhance the lives of people around me.

I am not oblivious to the fact that persons of interest are donating to further this cause, however, the reality …of our political system where delegates decide on the fate of millions makes the yearnings of the youth even more difficult.

I appreciate everyone for their time and sacrifice. This is not about me but the next generation -I have always been committed to building a new generation of leaders.

As young and credible people, it’s about time we make strong demands from our party. We must bring our negotiation strength and skills to the table even as political party primaries fast approach. To this end, a meeting by the coalition of Progressives Young Nigerians shall be taking place at Ikeja Airport Hotel, on Thursday 5th of May, by 3 pm. Young people seeking elective positions in the country are invited.”

Recall that the ruling political party APC has tagged the sale of its presidential nomination form for N100 million while that of governors at N50 million.