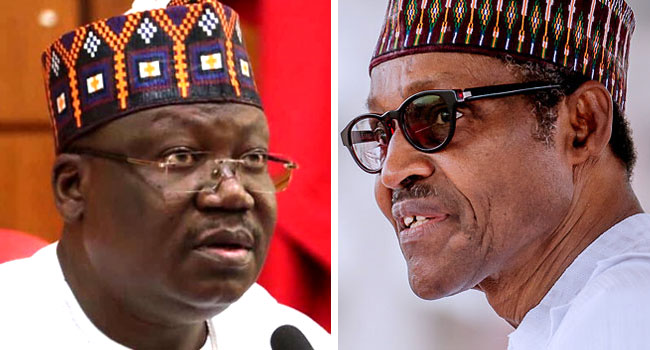 President Muhammadu Buhari has stated that he has “no preferred candidate,” “anointed no one,” and is determined to ensure that “there shall be no imposition of any candidate on the party.”

This was made known following different reports of the Senate President Ahmad Lawan being the consensus candidate of the All Progressive Congress.

A statement made available by the Senior Special Assistant to the President (Media & Publicity) Garba Shehu on Monday, President Buhari asked the party’s 14 governors of northern states to let the delegates decide.

“President Muhammadu Buhari, Monday afternoon cleared all doubts about where he stands on the choice of a presidential candidate for the governing All Progressives Congress, APC, declaring before the party’s 14 governors of northern states that he has “no preferred candidate,” and has “anointed no one,” and is determined to ensure that “there shall be no imposition of any candidate on the party.”

Speaking at a meeting with the Governors at the State House, Abuja, President Buhari said the party is important and its members must be respected, and made to feel they are important.

The President said he had a clear mind about what he was doing and asked the APC governors to feel the same way: “You were elected as I was. Have a clear mind as I have. God gave us the chance; we have no reason to complain. We must be ready to take pain as we take the joy. Allow the delegates to decide. The Party must participate, nobody will appoint anybody.”

They apologised to the President for the leakage of their signed memorandum which was not in support of any particular candidate and gave assurances to the President on their readiness to accept his leadership on the matter.”