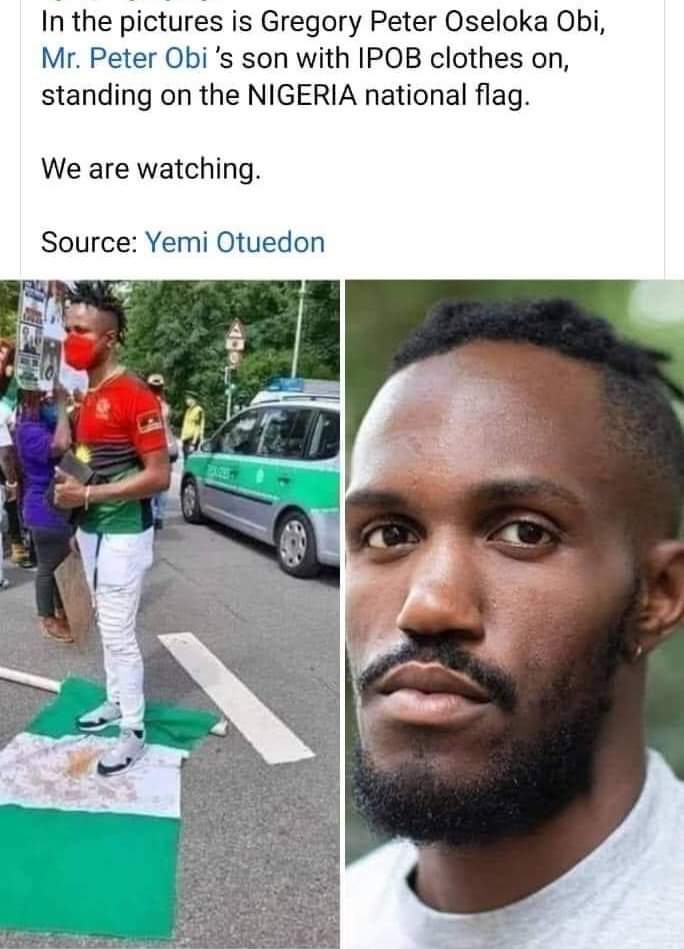 This unidentified IPOB activist stepping on the Nigerian flag while robed in the colours of the Biafran flag is being falsely called Peter Obi’s son by people who resent Obi’s rising national visibility and potential disruption of the certainties of next year’s presidential election.

But even if he were Obi’s son (he isn’t), is it fair to hold Obi responsible for the opinions and choices of his adult son who is at least 30 years old?

All adults have a right to hold opinions that are independent of their parents and that transcend their upbringing.

If Obi’s son isn’t already a father himself, he is more than old enough to be one. It’s insulting to his intelligence and sense of self to attribute whatever opinions he holds to his father.

If the choices—in this case, false choices—of a child is all you can invoke to question the motives of a parent, then you really have nothing on that parent.

I’ve never read, seen, heard, or watched anything that even remotely suggests that Obi is any less patriotic than any other Nigerian.

It’s legitimate to scrutinize Obi and his records—like we should do to all who aspire to be president—but making up false, scurrilous accusations against him and his son is just intolerably deplorable.