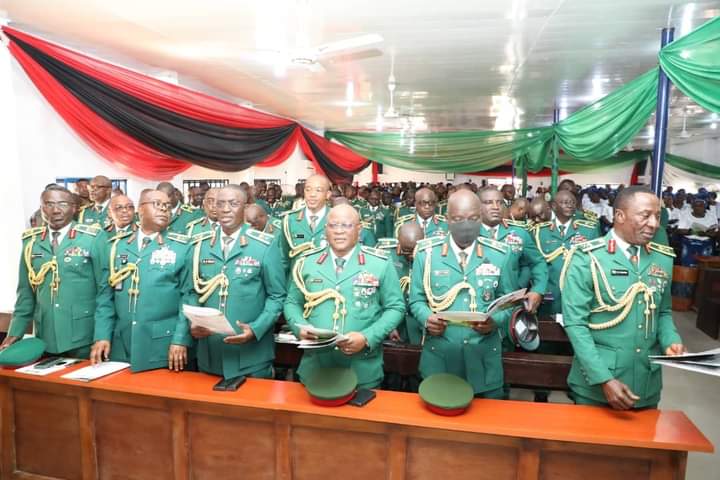 The captain, Arsenal Golf and Country Club, Rt. Commodore O.E. Osuagwu has made it clear that the future of Nigeria lies in the hands of the youths, calling on them to rise and take over their country.

Osuagwu made this assertion while fielding questions from newsmen after a golf tournament at the golf club, as part of activities marking the 2022 edition of Army Day Celebration, being hosted in Imo State.

He recalled that leaders and founding fathers; Gowon, Awolowo, Zik, Tafawa Belewa, Ironsi, Ojukwu, Saduana of Sokoto, who led the country in its hay days were all youths in their thirties and had direction.

He appreciated the army for hosting their programme in Imo, which he said has guaranteed the citizens a sense of security.

The retired Commodore who is currently working as a private security expert in Nigeria, however called on youths of the state to protect the state to step forward and secure their state and communities, advising them to jettison criminality which he said does not pay at all.

“It does not pay us doing what we are doing to ourselves today. Igbo land is bearing the brunt of the whole thing. Economy is down, social life is suffering. Why must we be killing ourselves.

“I plead with everybody; the youths, the Ezes, the leaders to come together. Let us return to who we used to be before now “.

Osuagwu condemned the barbaric act of people killing their fellow indigenes and displaying their severed head on markets and other public places, describing it as a very big taboo in Igboland.