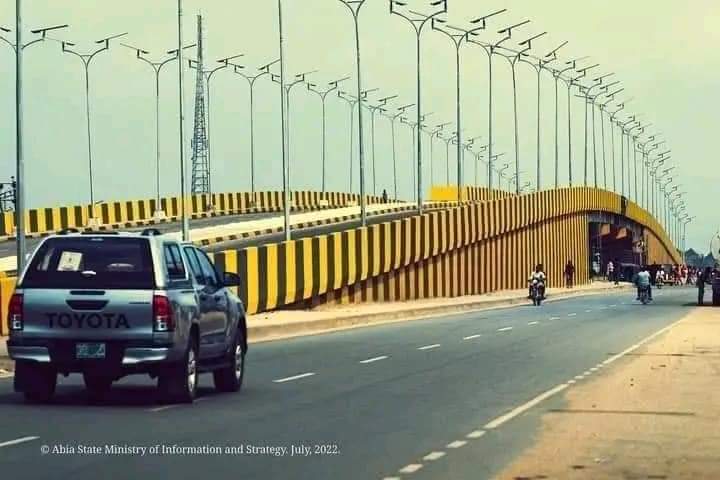 This will be the first ever flyover in Abia State which has helped to diffuse the traffic experienced around the Osisioma axis.

He also made it clear that Governor Ikpeazu will leave Abia better than he met it and enjoined Abians to support the feat of the Governor by duly protecting the government properties at their disposal.