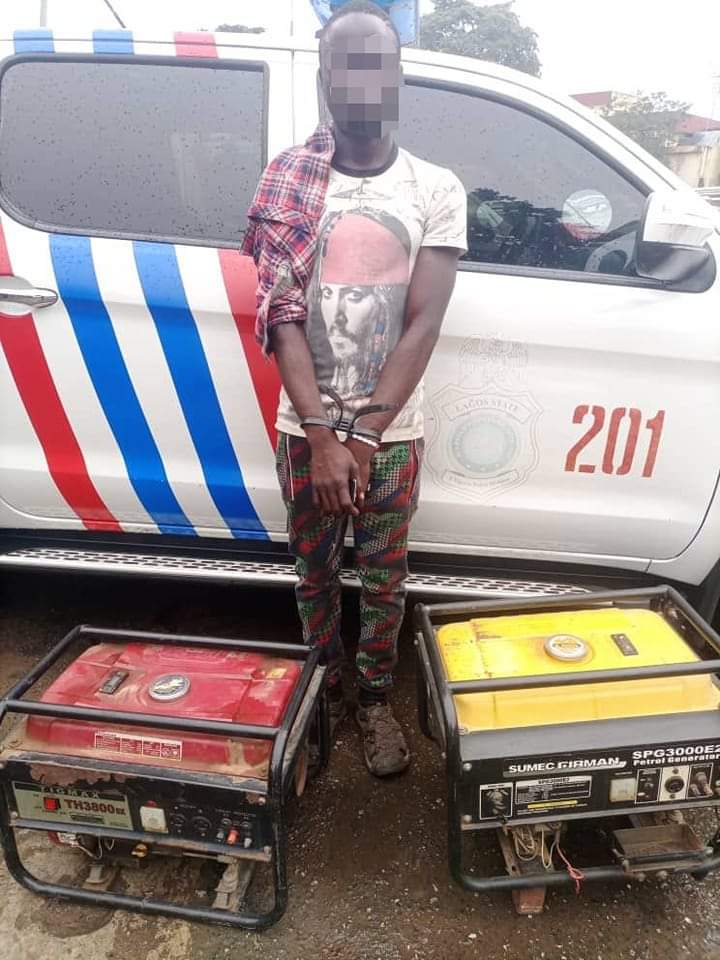 A 35-year-old ex-convict, Yekini Opeyemi, has been arrested while trying to load one Firmam and one Tigmax generator, 2.8 KVA into a Volkswagens Golf Car in Odo-Iya Alaro, Ojota, Lagos State on Wednesday.

Yekini who was allegedly working as a guard at Ojota New Garage was arrested by operatives of the Rapid Response Squad, RRS at 4 am for being in possession of two suspected stolen 2.8 KVA generators.

The suspect who waa in the company of other accomplices, now at large, was left behind when the driver of the getaway car sighted the police officers.

According to the Police Public Relations Officer, SP Benjamin Hundeyin, Yekini who arrived Lagos State last week ‘was employed as a security guard at Ojota New Garage. When accosted, Yekini, who has been imprisoned on four different occasions over separate incidents, could not give any satisfactory explanation about the generators.’

Meanwhile, the case has been transferred to the State Criminal Investigation Department, Panti for further investigation and prosecution.