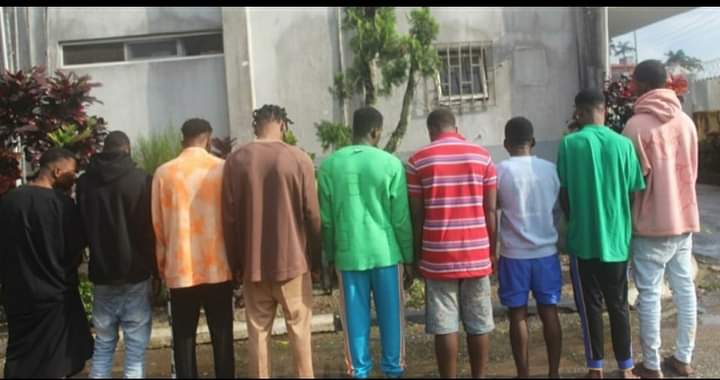 The yahoo school owners, Osagie Ogiemwonyi and Onukwugho Favour and seven of their “students” were arrested at their centres following actionable intelligence worked upon by the Commission.

Items recovered from the suspects include a Mercedes Benz GLK, Lexus 350,  phones and laptops.