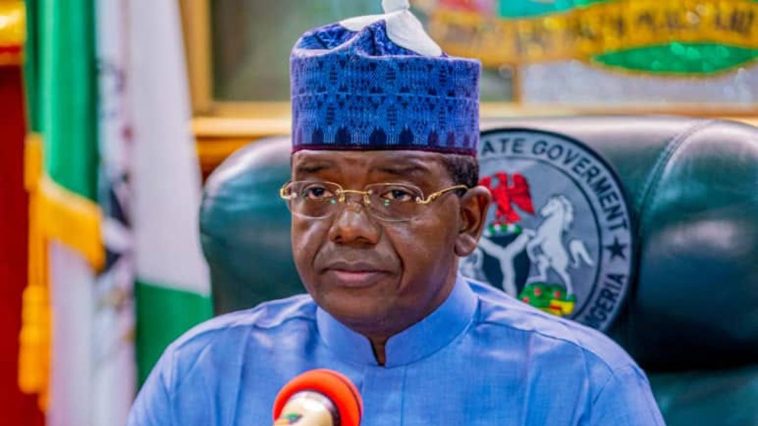 The Zamfara State Governor Bello Muhammad has thrown an open challenge to the Economic and Financial Crime Commission, EFCC, over allegations of stashed cash.

Speaking on the issue, the former Senator representing Kaduna Central Shehu Sani stated that Governor Bello stands on moral high ground if the challenge is not taken up.

“The Gov of Zamfara has thrown an open challenge to the Efcc over the reported allegation that he is among those who stashed cash. Even though the agency didn’t mention his name, he offered that all of his residences be searched. If this is not done, he stands on moral high ground.”

On Saturday, the State Commissioner for Information, Ibrahim Magaji Dosara, stated that the allegation of stashed cash and money laundering was unfounded and blamed the enemies of the State whom he said were working to tarnish the progress made by the Governor on the State.

The statement read: “Government will not take it lightly with anyone who tries to add salt to security injury inflicted on the good people of Zamfara through tarnishing the good image of the governor to be distracted from the efforts and successes being recorded in the fight against banditry in the state.

“The governor has since the assumption of office about four years ago been administering the state in the most responsible ways and manner, credibility, despite the enormous security challenges and meagre resources at the disposal of the government and cannot be allowed to turn subject of relegation and ridiculing in the eye of the public.

“Zamfara State government under Governor Bello Mohammed Matawalle has never paid its worker’s salary through table payment and cannot afford to do so at this material time when the government agreed to implement the national minimum wage of N30, 000. Governor Matawalle has been committed to the well-being welfare and security of lives and property of the people of the state and will not allow enemies of the state to distract him from the good job he has been doing.”

Meanwhile, a petition has been written to the EFCC by his counsel, Mike Ozekhome (SAN), in response to the allegation on Friday to dispel the rumour.

He said, “This letter comes on the heels of an earlier letter written to you by our client with a view to dispelling the cocktail of lies woven around our client and presenting the correct facts and our client’s clear position to you. Our client categorically states that the entire story amounts to a sheer smear campaign mounted against him by political opponents who are driven by malignant political vendetta and vicious desperation against our client’s ambition to regain his seat as Governor of Zamfara State come 2023.

“We demand you use your office to cause an investigation into the false, malicious, and baseless claims by Sahara Reporters that our client is one of the governors being monitored over their alleged monies allegedly stashed away in billions of naira to launder the same “through the payment of salaries to workers.”

“Our client has voluntarily offered himself to be thoroughly investigated to unearth these alleged humongous monies and denigrate the governor.”