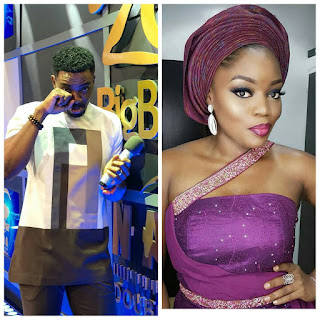 The themed BBNaija ‘Double Wahala’ show meets its end tonight, fans have been left with utmost curiousity on who will emerge as the winner of the over 21 weeks game show.

In light of the grand finale tonight, we’ve received updates that not just the usual show’s host, Ebuka will be hosting tonight’s show but Alumnus, Bisola will be co-hosting with the media personality.
It’s certainly going to be quite the show this evening when after all said and done, the winner of the reality game show will be announced in nothing less than few moments from now, so who will it be guys?