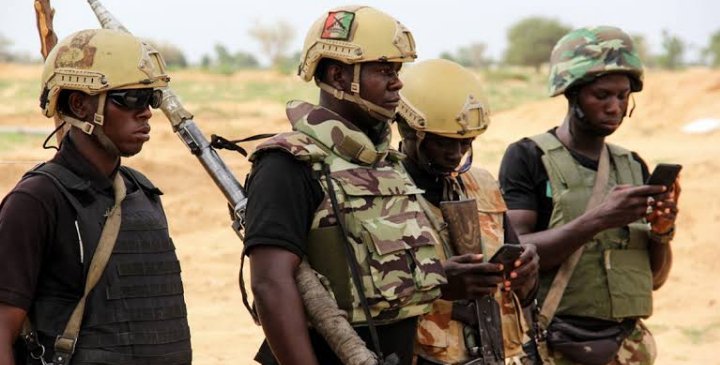 NIGERIAN ARMY PERSONNEL NOT ENGAGED IN EXTORTION OF MOTORISTS:

The Directorate of Army Public Relations is not unaware of all manner of video clips, both real and manipulated, which have been springing up in the social media purportedly depicting one scene or the other involving personnel of the Nigerian Army.

One of such videos was the one said to have been shot in Edo State in which soldiers were alleged to have blocked the Benin – Agbor Expressway demanding an illegal toll of N1000 from each luxurious bus that plies the road.

In the said video clip, it was also alleged that pandemonium ensued following an allegation that transporters refused to pay the illegal toll.

Having analyzed the video and made several confirmatory enquiries, the Directorate wishes to state that the video and message conveyed in it, just like several such social media hysteria-inducing manipulations, was a deliberate orchestration of falsehood and a gross misrepresentation of facts produced and circulated to deliberately smear the image of the Nigerian Army.

From our checks, there was the imposition of a statewide curfew by the Edo State Government; sequel to the aftermath of the #End SARs protest. The order is yet to be reviewed due to the resurgence of the COVID 19 pandemic in Edo State. Consequent to this, motorists park a few meters away from the checkpoint mounted by soldiers and await the opening of the road by 0500hrs daily.

Furthermore, the issue of the road closure has been a long time problem with night time commercial drivers who insisted that the road being federal is not under the jurisdiction of the government of Edo State.

The isolated protest happened on 17 February 2021 at about 2230hrs. This situation was brought under control professionally by troops who were conscious of the rules of engagement and code of conduct for Internal Security operations.

While the Nigerian Army recognizes the right of Nigerians to hold and share opinions especially on social media, it should not be used to spread deliberate falsehood. A situation where deliberate misrepresentation of facts and fabrication of outright falsehood is being orchestrated in social media to tarnish the image and reputation of the military is not and should not be acceptable.

The Directorate, therefore, wishes to reassure the law-abiding public that the Nigerian Army remains a very professional force that respects the fundamental human rights of the citizenry in line with global best practices.

The Army will neither condone a willful breach of law and order nor tolerate indiscipline on the part of its personnel.

The general public is therefore urged to discountenance the false information contained in that video.

People are fed up. pic.twitter.com/Wih1QwaiDF

Erica and Tacha Should Never Be Role Models – Kemi Olunloyo