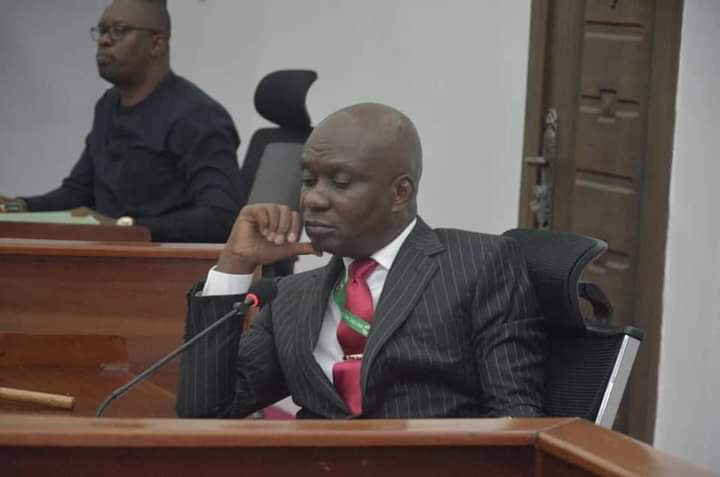 The Speaker of the Abia State House of Assembly, Hon. Chinedum Orji has stated that the State was being marginalized by the Enugu Electricity Distribution Company, EEDC.

Speaking during the plenary session on Monday, the Speaker revealed that the National Electricity Regulatory Commission, NERC, allowed the impunity to go on for too long.

The Abia State House of Assembly invited the EEDC and NERC who was represented by the Network Manager, Ozoezeh Onyebuchi and Emeka Onyegbule respectively over the over-bloated and estimated bill given to citizens of Abia State.

The Speaker demanded to know why Abia State got only 3000 meters when Mr Onyegbule stated that it has taken delivery of 18,000 meters, in a first instalment, from the Federal Government.

He argued that Abia State should get the second-highest meters after Anambra State which has Ochanja market in Onitsha, as it has Ariaria market in Aba in the whole of South East.

Meanwhile, the metering programme by the Federal Government provides free provision of meters to Nigerians but many people have complained of being charged by the EEDC officials.

In its defence, the official of the NERC, Emeka Onyegbule, revealed that the EEDC has not been compliant with its regulations, adding that it has over 150,000 active customers in Abia State and it will look into the complaints raised by the House.

Answering questions on tariffs on other States, the NERC official revealed that States are not charged differently so far as they are on the same tariff plan.

It also introduced a forum complaint office that is objectively handled to further help to regulate issues on power in the State.