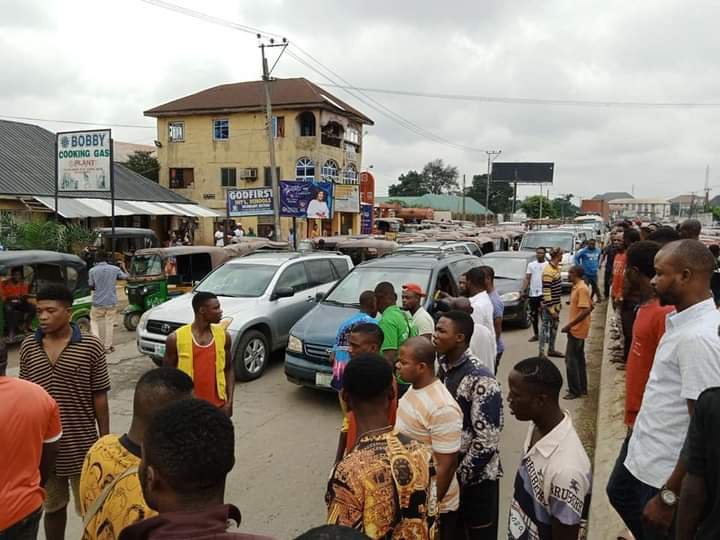 According to the release, the N240 charge by Board of Internal Revenue is in lieu of the Education Tax Fund which was duly approved by the Governor, Dr Okezie Ikpeazu.

The Government also advised against public protest to about being can be ‘hijacked by hoodlums and anarchists.’

Tricycle (Keke) operators staged a protest at Aba-Owerri road over the N240 daily ticket they are made to purchase.

Some of the Keke operators complained that the high rate of daily tickets has made it impossible for them to reach their target as most of the tricycles are on hire purchase.

They appealed to the government led by Dr Okezie Ikpeazu to look into their plight and come to their rescue.

The press release reads below;

We also wish to urge law abiding tricycle operators, residents and visitors to go about their normal businesses and avoid acts that are capable of breaching the existing peace and security in the state.

Government strongly advises against any form of public protests in the state to avoid the possibility of being hijacked by hoodlums and anarchists as the case has been in recent past.

Law enforcement agents in the state have been detailed to ensure that there is no disruption whatsoever of the existing peace and tranquility of the state by any individual or group.