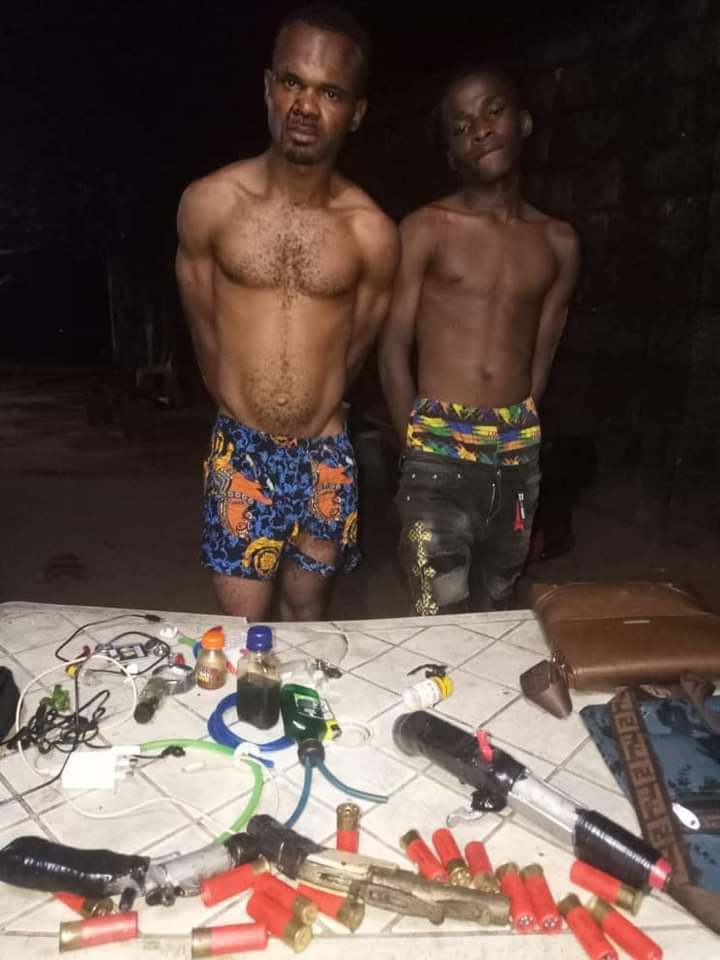 A press release by the Police Public Relations Officer, CSP Michael Abattam, it revealed that the tactical team of the Command stormed a criminal hideout at Emekeukwu in Owerri North LGA of Imo State, engaged the suspects in a gun duel.

According to the release, other members of the gang escaped but were seriously injured but efforts are ongoing to arrest them.

Part of the statement reads, “Items recovered from them are three (3) locally made pistol with fourteen (14) rounds of live cartridges and substance suspected to be hard drugs.”

The release also revealed that one of the suspects, Jidechi Akakem, “who has been on the police wanted list of IPOB/ ESN Members, confessed to being a member of the dreaded terrorist gang of late Joseph Uka Nnachi aka King of Dragon. He admitted being amongst those that attacked Orji Police Station and have committed several other crimes in the state.”