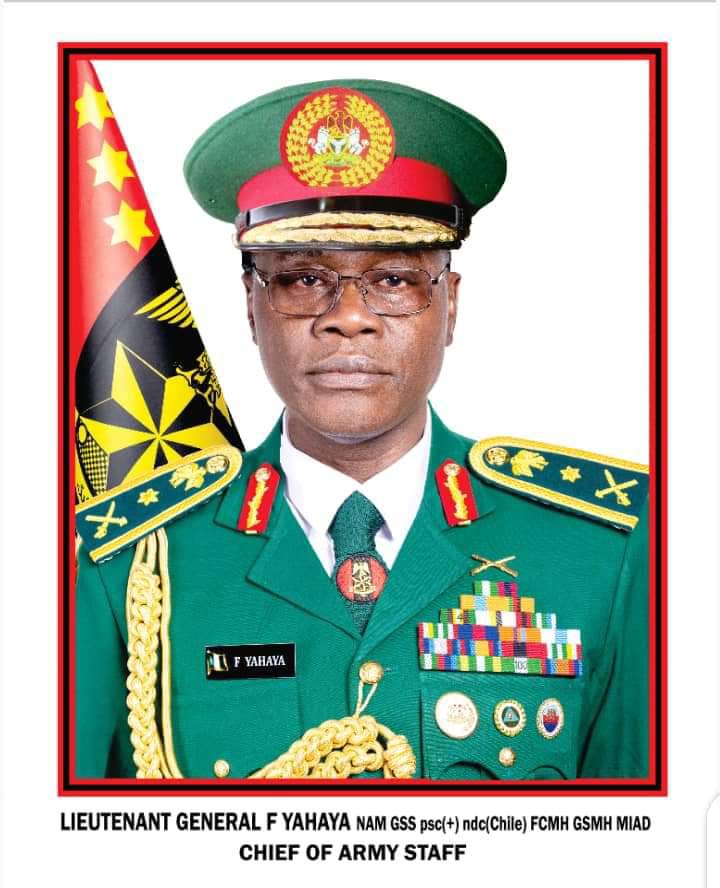 The Nigerian Army has warned media houses over the wrong use of the portrait of the Chief of Army Staff, Lieutenant General Faruk Yahaya.

A statement by the Director of Army Public Relations, Brigadier General Onyema Nwachukwu revealed that at the appointment COAS, his official portrait was disseminated but sadly, some media houses still use the portrait from when he was a Major General.

It also appealed to the public to disregard all pictures of the COAS from his former Commands and use the approved picture shared below.

WRONG USE OF THE CHIEF OF ARMY STAFF (COAS) OFFICIAL PORTRAIT

Following the appointment and subsequent decoration of the Chief of Army Staff Lieutenant General Faruk Yahaya, an official portrait was produced and disseminated to the media houses via various social media platforms and forums.

However, it has been observed with dismay that despite this, some media houses, defence correspondents and online media practitioners have persistently used the official portrait of the COAS when he was still a Major General in various command appointments.

In light of this, you are please requested to disregard all pictures of the COAS from his former Commands and use the approved official portrait attached below. All to please note and comply accordingly. Thank you for your usual cooperation.

The COAS appointed by the President Muhammadu Buhari on the 27th of May 2021 after the death of the former Chief of Army Staff, Ibrahim Attahiru who died in a Beechcraft King Air 350i plane crash near Kaduna International Airport.