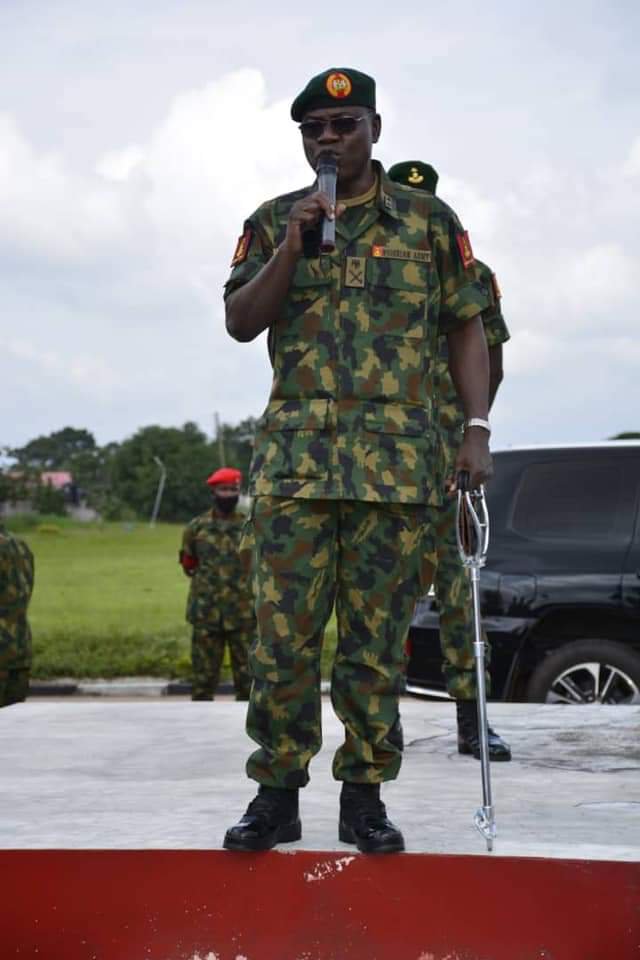 The Chief of Army Staff, Major General Faruk Yahaya has directed Nigerian Army to redouble effort to fish out criminal activities of the proscribed Indigenous Peoples of Biafra, IPOB, in Imo State.

Major Yahaya made this statement during his visit to troops of 34 Brigade and operatives of other security agencies at Obinze Barracks, Owerri Imo state.

He lauded the recent successes recorded by the troop in addressing the recent spate of insecurity in the State.

According to the statement released by the Director of Army Public Relations, Onyema Ugochukwu on Thursday revealing that the visit of the COAS was informed by the need to have an assessment of the security situation in the State.

“He told the troops that his visit was informed by the need to have an on-the-spot assessment of the security situation in the state. The COAS expressed delight on the successes so far recorded by the troops and urged them to redouble their effort to consolidate on their successes.

Gen Yahaya further charged them to be loyal and exhibit high sense of duty at all times. He pointed out, that more sucesses would be recorded through compliance to instructions and loyalty to superior authority.

The COAS also called on the officers to always lead by example and ensure that troops are adequately briefed and kept abreast of the mission at hand.

In a show of synergy, the COAS also paid a visit to troops of 211 Response Group, Nigerian Air Force, Owerri, where he implored the troops to be professional and alert at all times. He expressed appreciated them for their spirit of jointness and synergy towards tackling insecurity in the state.

Highlight of the working tour was COAS’ visit to the proposed Military Hospital Owerri and a tour of Obinze Barracks.”