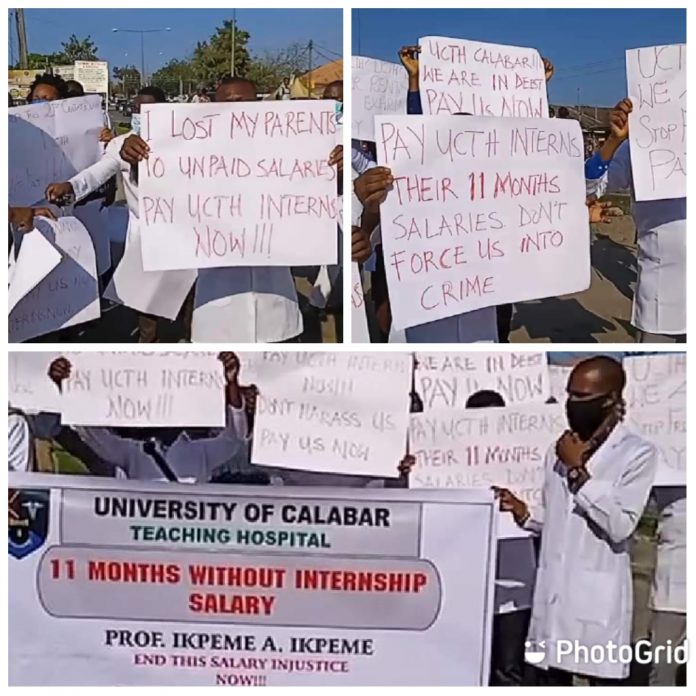 On October 4th, 2021, some interns of the University of Calabar Teaching Hospital, UCTH, Calabar in Cross River State protested over 11 months of salary arrears.

It jas been gathered that the interns were suspended and subsequently sacked by the management of the University of Calabar Teaching Hospital on August 2nd for asking for their salaries which is over N480 million.

The management of UCTH accused the interns of ’embarrassing the management’ by demanding for their payment.

However, ahead of the Monday protest, the Department of State Services, DSS, invited two of the interns on Sunday to discourage them from going proceeding with the protest. But after hours of interrogation, they were released.