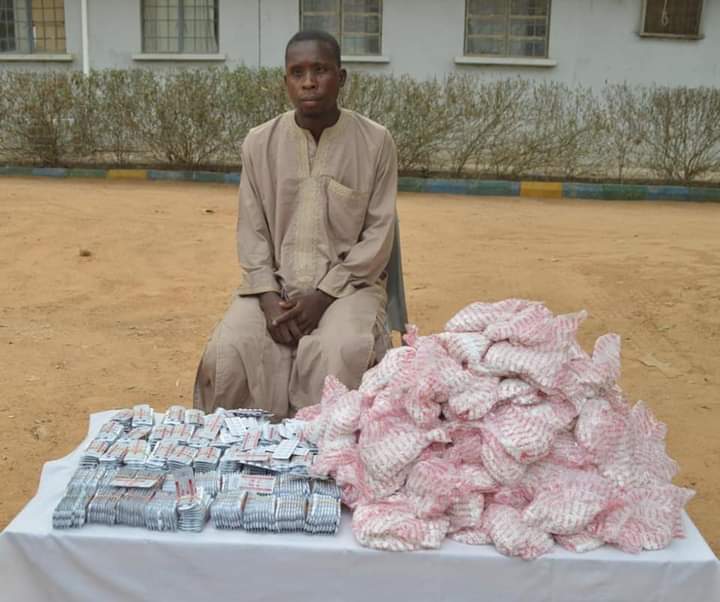 A 25-year-old man identified as Dalha Umar has been arrested by the Kano State Police Command for having One Thousand (1000) sachets of suspected Tramadol Tablets and Two Hundred (200) packets of suspected Exol Tablets, all used for intoxication.

Umar, of Gyadi Gyadi Quarters Kano, was intercepted by a team of Operation Puff Adder led by CSP Yakubu Mohammed, Divisional Police Officer, Badawa Division while on intelligence-led surveillance patrol at Kofar Wambai Market on the 6th of May 2022.

It was gathered from interrogation that Umar was transporting the drugs from Onitsha to Kano with the intent to sell them in Kofar Wambai Market Kano and has been in the business of buying and selling the drugs for many months.

A statement by the spokesman of Kano State Police, DSP Abdullahi Kiyawa Haruna revealed that the case has been transferred to National Drug Law Enforcement Agency (NDLEA) for further investigation and prosecution under the direction of the State Commissioner of Police.