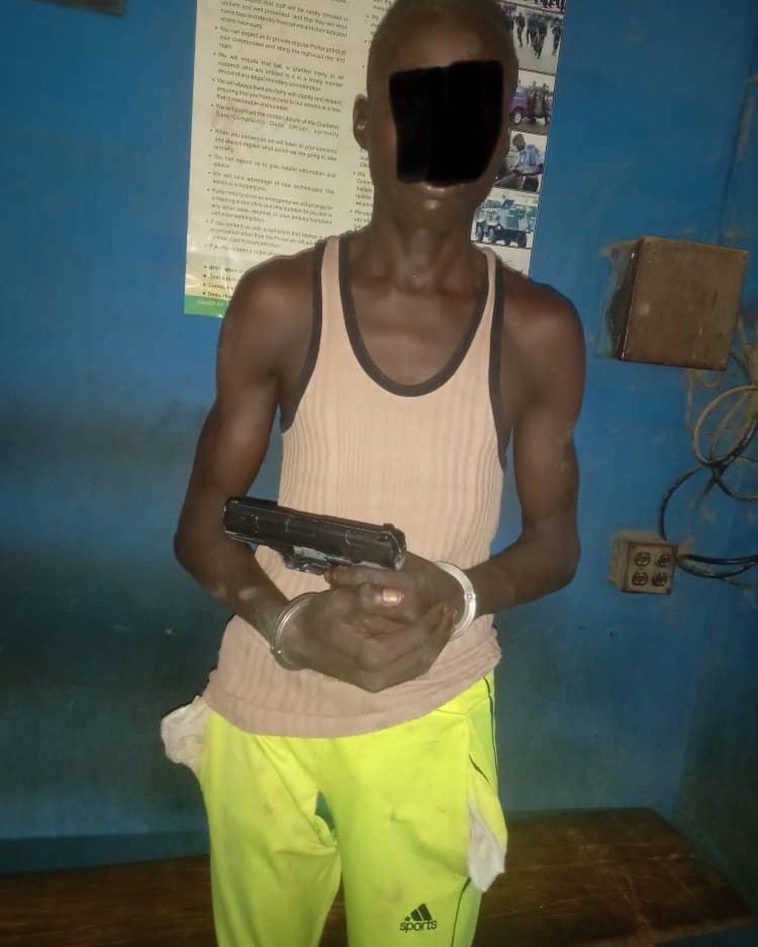 The operatives of Ikorodu division of Lagos State Police Command have arrested one Kabiru Garba along Igbogbo Ikorodu for illegal possession of firearms on June 4 2022.

It was gathered that Kabiru took to his heels on sighting policemen on routine patrol.

This action fuelled the suspicion of the operative who found a Beretta pistol in his possession through a search.

A statement by the Police Public Relations Officer, Benjamin Hundeyin revealed that the suspect will be arraigned in court after investigation.

“After a thorough search of the suspect, a Beretta pistol was found in his possession. A preliminary investigation has begun to unravel more details about the suspect, his activities and the source of the firearm. The suspect would be arraigned in court after the investigation.