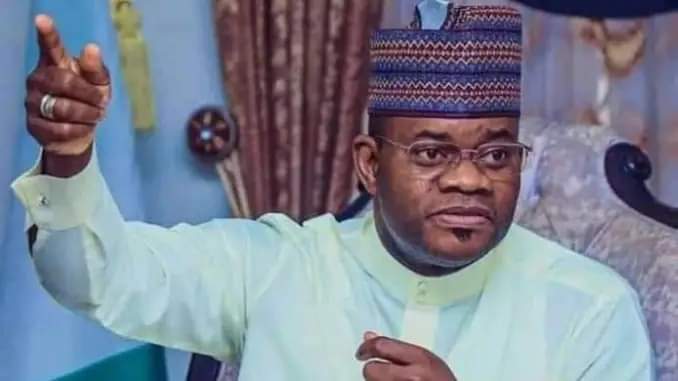 The Kogi State Governor, Yahaya Bello has ordered the immediate closure of all brothels harbouring criminals and also banned the wearing of facemasks in public places for proper identification in the state.

The governor said his action was to curb criminal activities in the state and to ensure that Kogi remain the safest State in the country.

He gave the order on Tuesday in Lokoja during a meeting with all first and second-class traditional leaders including Local Government Council Chairmen from the 21 LGA in the state.

Bello also ordered the removal and demolition of shanties in Lokoja, Osara, Zango, Itobe, Obajana Okaba and all other areas located in the state. He also ordered the immediate removal of trailers parks within 30 metres on the right of ways

He urged the State Commissioner for Local Government and Chieftaincy Affairs, Local Government Chairmen, union leaders and security agencies to meet with tricycle and motorcycle riders for proper documentation.

Governor Bello also urged all traditional rulers to guard their domain and ensure all the nooks and crannies of their areas are cleansed noting that the land belongs to them and should know who occupies every inch of it.

The Governor sympathized with the family of the killed security agents in Ajaokuta Local Government Area.

While admonishing all LG council chairmen, and security agencies to continue to do their job without fear or favour, the governor, however, sent a strong warning to politicians of all political parties about their conduct and advised them not to be involved in anything that could disrupt the peace of the people and the security they presently enjoy.

Bello charged the citizens and residents in the state to give vital security information to the law enforcement agency and to also cooperate with them for better security.