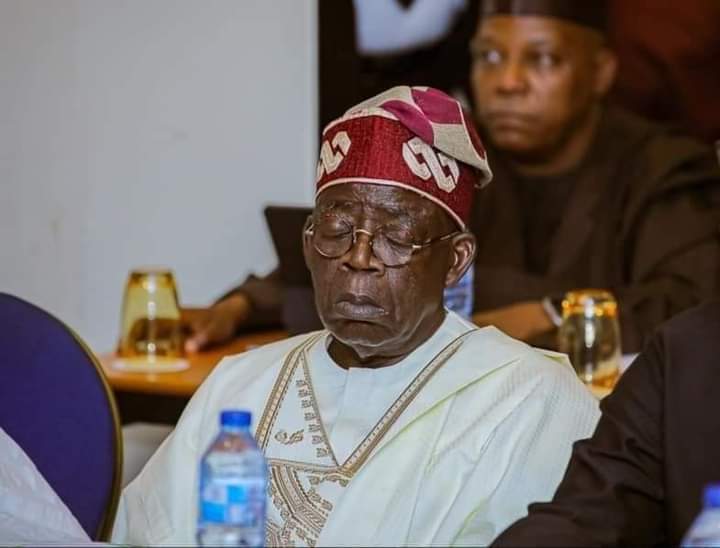 Speaking on Saturday, the owner of Sahara Reporters revealed that the former Lagos State Governor slept all through the Peace Accord meeting in Abuja and was not fit to lead Nigeria.

He advised Nigerians not to be dragged into a catastrophic era with a ‘sickly’ president and so pleaded that he be rejected through a democratic might and conscience.

“Yesterday I attended a meeting of party leaders/Presidential candidates with the National Peace Committee in Abuja, the Presidential candidate of The @OfficialAPCNg Asiwaju Bola Ahmed Tinubu slept through the meeting, he didn’t say a word. His party chair spoke on his behalf.

I just can’t believe that Nigeria will be dragged through another catastrophic era with a sickly and infirm candidate being pushed down the throat of the Nigerian people.

I urge Nigerians across the country and the world to reject this with all their democratic might and conscience.”

Since 2015, President Muhammadu Buhari has frequented the hospitals in London for a medical checkup, a challenge that he swore to tackle during his campaigns in 2014.

President Buhari has spent not less than 225 days on medical trips to London.

Meanwhile, at the Peace Accord signing yesterday, the Peoples Democratic Party candidate Alhaji Atiku Abubakar and Peter Obi of the Labour Party were absent.