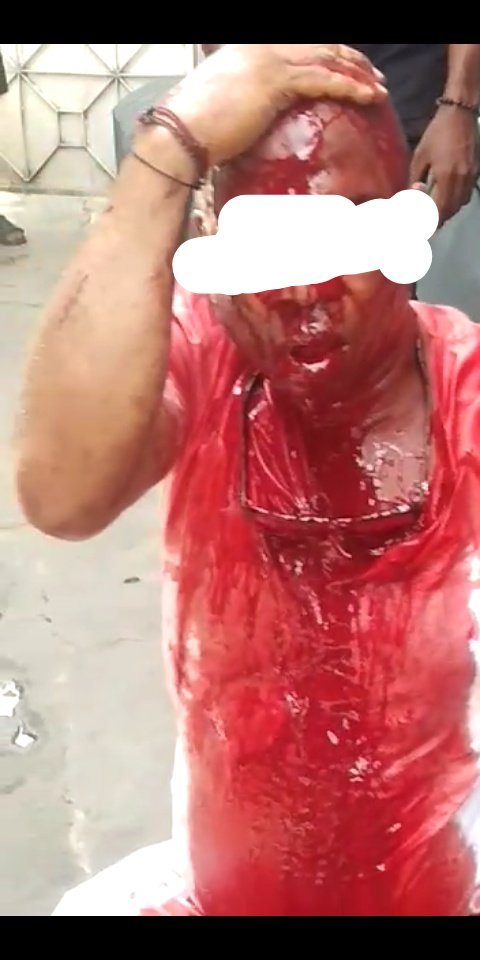 A man identified as Chris has been stabbed allegedly by another identified as Samiyu Ganiyu also known as Olowo and his boys over ‘extramarital’ affairs at Mile 3 Diobu in Port Harcourt, Rivers State on Wednesday.

It was gathered that Chris who is currently in a Coma was accused of having an affair with Olowo’s ex-wife and was trailed, ambushed, and stabbed by Olowo and his boys severely before he was rescued by members of a local vigilante group led by the Chief Security Officer of Nkpolu Oroworukwo, Mile 3 Diobu Comrade Godstime Ihunwo who immediately called for the immediate arrest of Olowo and his boys.

CSO Ihunwo while narrating how his men rescued Mr. Chris said the victim is now in critical condition

Meanwhile, the ex-wife of Olowo who declined to be recorded stated that although she and Olowo divorced three years ago, she had no love affair with the victim as they were just friends.