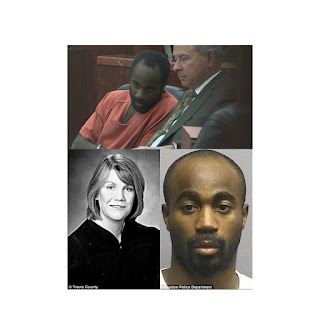 A jury has found Chimene Onyeri guilty on all 17 charges he was facing including the attempted capital murder of Travis County Judge, Julie Kocurek in Houston.


The verdict was reached today after a month long federal trial. Onyeri, 30, had been accused of running a racketeering enterprise and shooting Judge Kocurek.

He will be sentenced Aug. 17 by U.S. Judge Lee Yeakel. He faces up to life in prison without parole for the judge’s shooting.

The suspect had been accused of running a criminal enterprise in Houston in 2015 and its believed Judge Kocurek was going to revoke his bond on a case from Rollingwood and send him to jail when he and two associates plotted the ambush.


Onyeri admitted to shooting Kocurek’s car. He claims he didn’t know the judge was in the car and that the shots he fired were just meant to destroy property and scared the family.