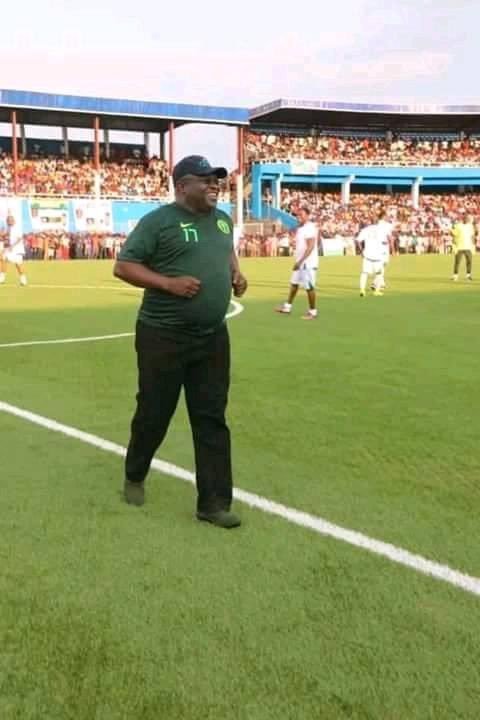 The last round of matches for the group stage of the CAF Confederation Cup held yesterday across the continent with Enyimba needing a win against Orlando Pirates at the Enyimba International Stadium to be sure of qualification for the quarter-final stage.

With heightened anxiety and probable ouster from the competition staring the Aba giants in the face as the game wore on, it took a moment of magic from Cyril Olisema to strike in stoppage time of 90+5 minutes to break the heart of the South Africans and ensure qualification for the Enyimba.

Basking in the euphoria of the victory, Abia State Governor, Dr Okezie Ikpeazu took to his official Twitter handle, @GovernorIkpeazu to express his delight at the victory thanking God for ‘His grace’, the players for rising to the challenge, the supporters, the Nigerian Football Federation (NFF) and its Chairman, Amaju Pinnick, for their respective contributions to the feat achieved by the team.

The Governor who said he was “personally thrilled by the fact that matches can now be played at the Enyimba International Stadium by 10 pm with floodlights on an ultra-modern turf, complemented by a digital scoreboard all of which were provided by our Administration and which also attracted accolades from the match commentators”, tasked the team to “keep the flag flying until we achieve our ultimate aim”.

The draw for the quarterfinal stage will hold tomorrow, Friday, April 29.