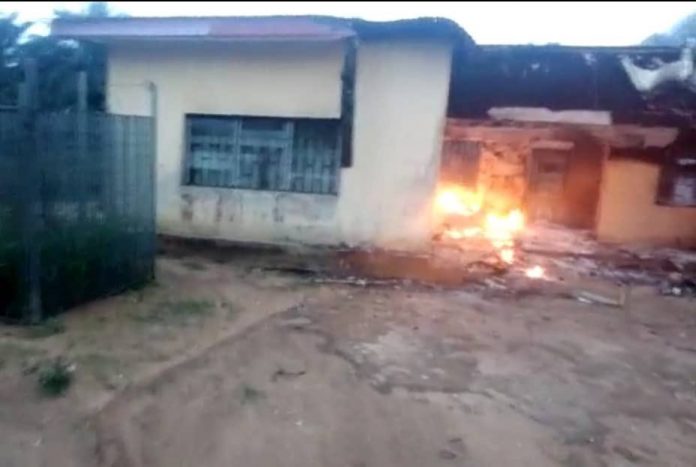 The office of the Independent National Electoral Commission in Essien Udim Local Government Area in Akwa Ibom State has been set ablaze.

A statement by INEC revealed that the Resident Electoral Commissioner in the State, Barr. Mike Igini confirmed the report stating that the police has been contacted on the fire.

Lamenting further, the statement revealed that an inventory of electoral materials has been taken in preparation for the 2023 general election.

The cause of the fire has not been ascertained nor the perpetrators of the attack.