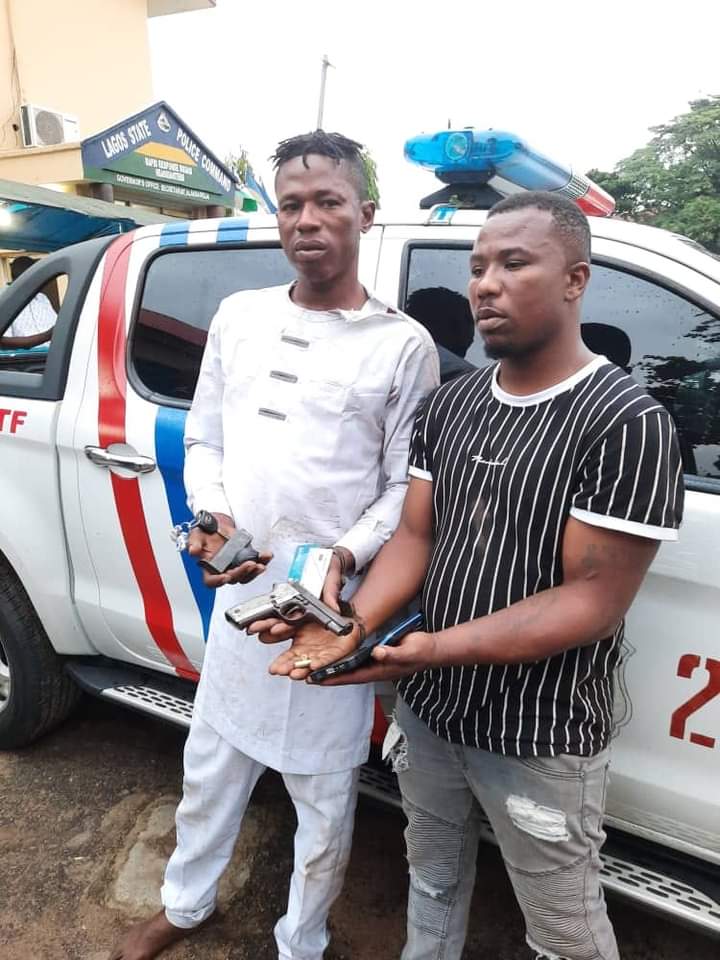 The 31-year-old and 37-year-old were arrested on Monday at Akowonjo road by Akimosho inside a Lexus Jeep (LSD 666 GK).

According to the agency, two locally made gun with two rounds of ammunition and ATM cards consisting of Eco and Access Bank.

The arrested suspects confessed to belonging to a 3-man robbery gang that specializes in snatching vehicles and robbing innocent motorists during traffic across Lagos.