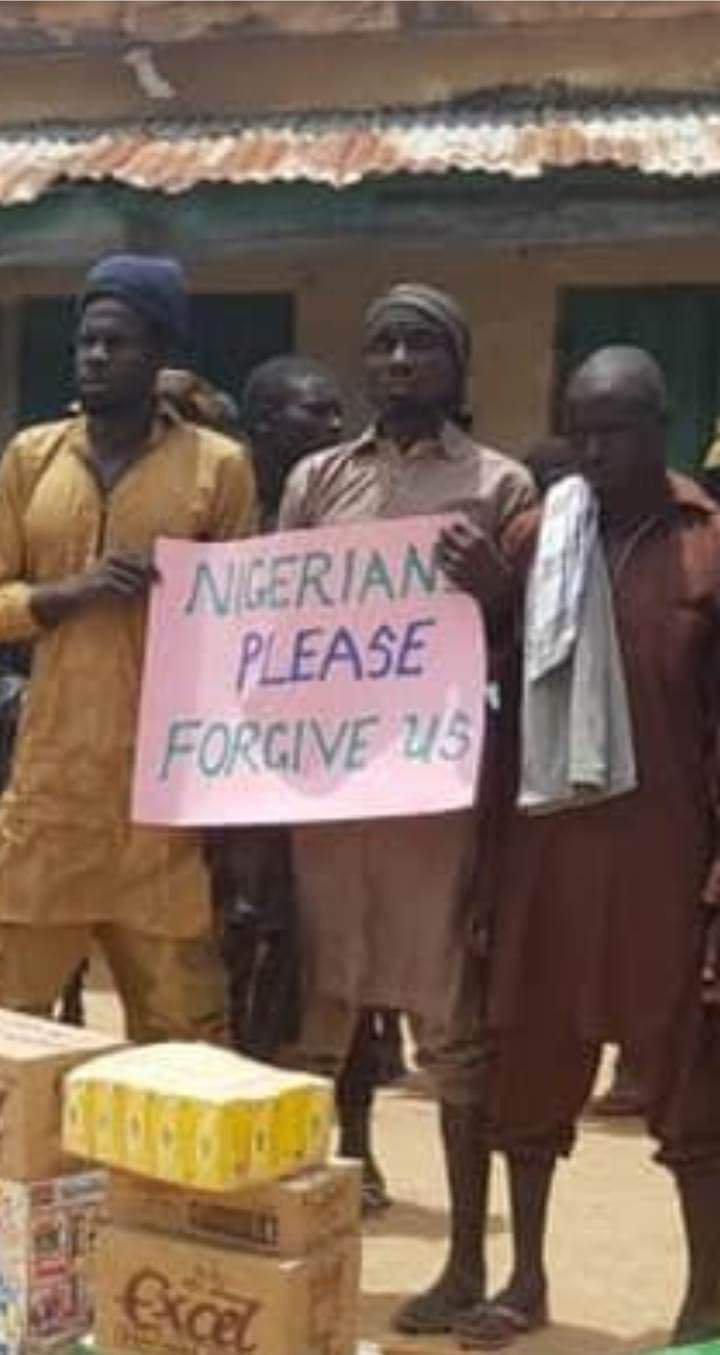 Nigerian Army has denied the report made by the widow of late Colonel Ibrahim Sakaba, Mrs Oluwaseun Sakaba that her husband was assassinated stating that the report is devoid of facts.

Mrs Sakaba made the statement after the Nigerian Army paraded ‘repentant’ Boko Haram terrorists who were holding placards and begging Nigerians to forgive them.

The Nigerian Army revealed that late Colonel Sakaba died while fighting against terrorism in the North East and also to restore peace and stability as in line with the constitution of the Armed Forces.

It also revealed that it understands that the widow of Colonel Sakaba might have spoken out of emotional agony but revealed that all entitlement was paid to the late widow.

The Nigerian Army (NA) has been notified of an article making the rounds online, in which an allegation credited to Mrs Oluwaseun Sakaba, the widow of late Col Ibrahim Sakaba alleged that the late senior officer was assassinated for refusing to loot funds meant for fighting the Boko Haram Insurgency. The late senior officer’s widow was quoted to have made several uncomplimentary comments about the institution of the Nigerian Army (NA), making reference to an unfounded and baseless claims devoid of any fact.

While the NA is not interested in joining issues with anyone with respect to the enormous sacrifices made daily by our gallant troops, it is however expedient to address the weighty allegations credited to the widow. The NA acknowledges the emotional agony associated with loosing loved ones and that cannot be quantified by any unit of measure.

The demise of late Col Ibrahim Sakaba, like those of other officers and soldiers who paid the supreme price in the war against terrorism in the North East, is one that is painful to the NA. These men and women died serving our nation, fighting to restore peace and stability in the North East. This is in tandem with the constitutional mandate of the Armed Forces of Nigeria. Therefore, it will be totally a mischief and an assault on the psyche of our troops, who are relentlessly fighting, to begin to insinuate any plot against one of our own. And what is the plot here? That troops were led by their commander for an operational engagement is not a plot, as any one may want to insinuate. Rather, it was a clear military mission with clear objective. It is however disheartening that this gallant officer and some of his men paid the supreme price in the operation and we pray fervently for the repose of their souls. Col Sakaba was a respected senior officer who gave his all in the defence of the freedom we all enjoy today. His demise is a great loss to all of us. Insinuating anything contrary is a deservice to our nation and the sacrifices of our troops.

That Master Samuel Ibrahim Sakaba, the son of Mrs Seun Sakaba is the Next of Kin (NOK) to the late Senior Officer and the only child.

All entitlements meant to be paid by the NA have been paid to the NOK through Mrs Oluwaseun Sakaba.

As at the time his entitlements were processed, Samuel was less than 6years as such, he was not benefiting from NA school sponsorship. However now that he has reached the required age, he has been captured for payment of school sponsorship which will commence any moment from now. The NA will continue to sponsor the child’s education up to graduation from university, as long as he fulfills the requirements outlined in the rules guiding the scheme.

The only entitlement owed Mrs Oluwaseun Sakaba is the Group Life Assurance which is normally paid by the Insurance Company and which would soon be received along with that of other deceased personnel.

The NA takes the welfare of her troops very seriously, as evident in the various welfare programmes put in place for troops and their families. The leadership has made the welfare of troops, one of the cardinal pillars of the COAS’ vision for the NA. This is visible in the various welfare programmes embarked upon in addition to those that are statutorily emplaced. There are also well established communication channels with families of deceased personnel.

The NA under the leadership of the COAS, will continue to pursue the welfare of troops who are working round the clock to ensure the safety and security of all Nigerians. The NA will not be deterred, but remain focused in its pursuit of excellence and in ensuring that all Nigerians enjoy their God given right to live freely anywhere in Nigeria.