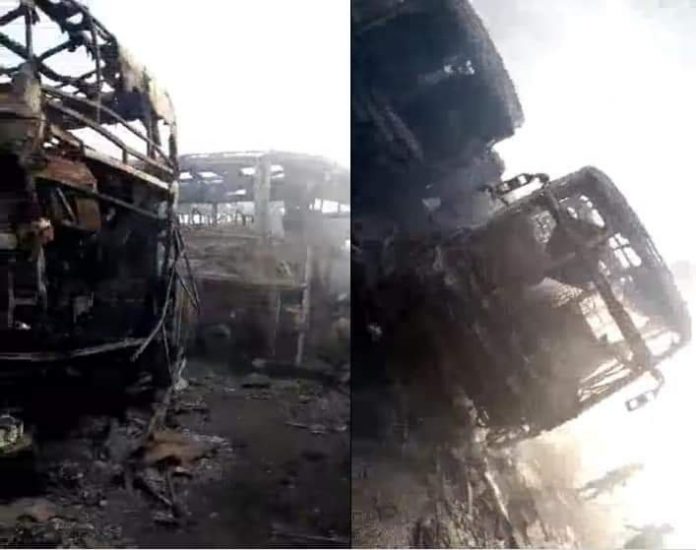 At least, 15 luxurious buses belonging to Ifeanyichukwu Transport Company have been burnt in Onitsha, Anambra State following a tragic accident.

According to the report, an oil tanker developed a fault and parked by the roadside but unfortunately, was rammed into by a truck carrying goods.

This resulted in a fire accident which quickly razed the parked cars on the road. It didn’t stop there as the fire consumed the Ifeanyichukwu workshop in Tarzan, Onitsha which was located coose to where the fire incident happened.

The fire incident which started at about 3 pm on Sunday, 15th August 2021 continued till the next morning of Monday 16th August as there was no sight of the fire service department.

Car owners who parked their cars and fled after the fire started are said to have lost their cars in the flames too.

Properties worth billions are said to have been destroyed in the fire.

Orji Kalu to Nnamdi Kanu: What Nigeria Needs is Peace…