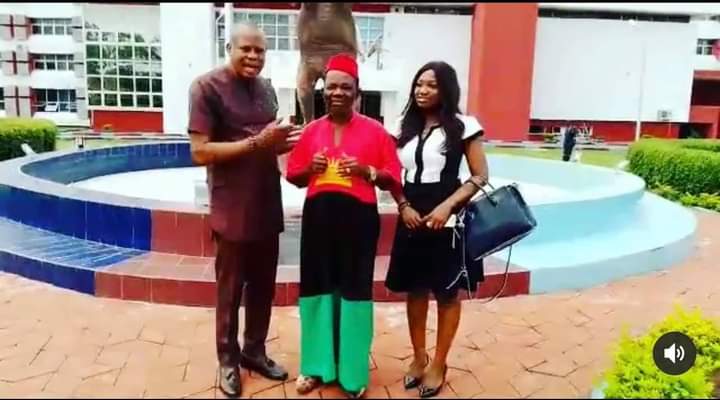 Veteran actor Chinwetalu Agu has been released by the Nigerian Army following an arrest on Thursday.

Sharing the news on social media, Human Rights Activist and Director General of Behind Bars, Harrison Gwamnishu stated that he was released on Friday afternoon.

He wrote; “Chinwetalu Agu has been released by the Nigerian Army

He was release still wearing the clothe 😆

IPOB was proscribed and not Biafra. The clothe he was wearing is not Army Camouflage.

Shame to the officers that humiliated him.”

Mr Agu was arrested on Thursday in Onitsha by the Nigerian soldiers while sharing bread to the less privileged.

He was accused of inciting the public with his attire to join the proscribed group, the Indigenous Peoples of Biafra, IPOB.