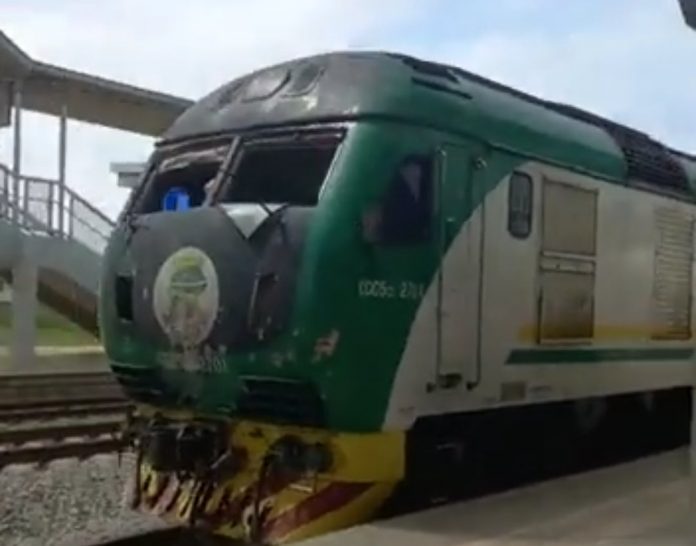 The Nigerian Railway Corporation have suspended operations after bandits exploded the Abuja-Kaduna train on Wednesday.

The notice on the NRC website on Thursday afternoon said: “Due to unforeseen circumstances, train services have been immediately suspended for the safety of our dear passengers. Efforts are in place to restore service. Further information would follow immediately service is restored.”

Sani revealed in a tweet that the train he boarded ran into a portion damaged by explosives used by terrorists in attacking a Kaduna-Abuja train on Wednesday.

He stated that the terrorists also opened fire on the engine driver and tank of the train.

“Yesterday, terrorists attacked the Kaduna-Abuja railway with an explosive and opened fire on the train, targeting the engine driver and the tank.

“This morning, I was on board when our train ran over another explosive damaged rail track. It took a miracle for us to escape,” Sani tweeted.