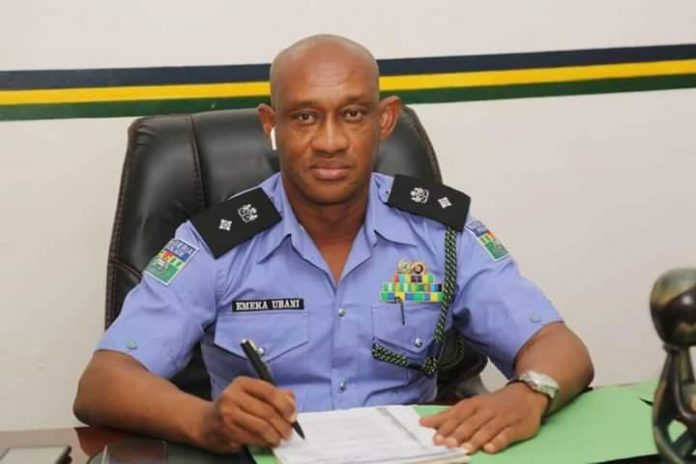 This nomination is a product of thorough assessment of the commitment, focus, proactiveness and effectiveness of CSP Chukwuemeka Henry Okezie Ubani over a period of time.

Being guided under the tutelage of a renowned educated father who was an exceptional Civil Servant of repute and a mother who was a sound teacher, Emeka started his educational pursuit from Eton day Nursery School, old Nekede Road, Owerri. He enrolled into Waterside Primary School, also in Owerri, and obtained his First School Leaving Certificate.

He proceeded to Emmanuel College Owerri where he obtained his Senior Secondary School Certificate Examination in distinctions, in the year 1991.

In 1999, he marched on to obtain a first degree in Linguistics from Abia State University, after which he proceeded to Efon Alayee in Ekiti State for the mandatory National Youth Service Scheme.

While serving he became the copper’s liaison officer for Ekiti South West Local Government and after his national youth service programme, he obtained a master’s degree on international Affairs / diplomacy.
He was enlisted into the Nigeria Police Force as a Cadet ASP on 15th August, 200, and subsequently, Postings took him to Jigawa State where he excelled and acted as Aide de Camp to the former Governor, His Excellency Saminu Turaki.

Emeka has attended several courses both Locally (Police Mobile Training Operations and an Instructor in the Nigeria Mobile Squad Training Collage Ila) and Internationally and a member of The International Association of Chief of Police (IACP) and The National Organization of Black Law Enforcement Executive in the United State of America (NOBLE).

The marriage is blessed with six (6) lovely children namely; Obichi, Ikechi, Ogechi, Nwachi, Udochi and Ebubechi, the concept of ‘see something, say something’ drives the mindset of Emeka which is why he is a respecter of criticisms in all ramification.