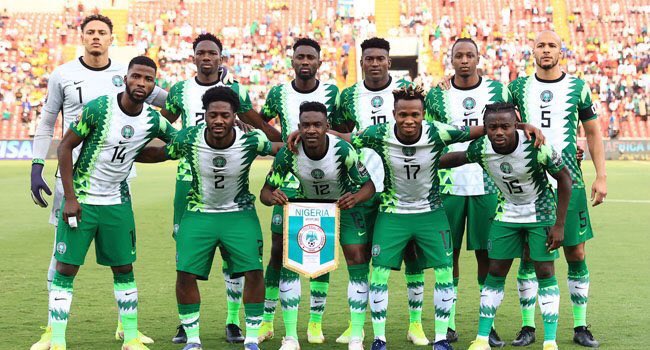 The Super Eagles of Nigeria have crashed out of the ongoing Afrucan Cup of Nations, AFCON, following their defeat to Tunisia on Sunday, 23rd January 2022.

The Tunisian team which announced that twelve of its players tested positive to COVID-19 beat the Super Eagles 1-0 loss.

This comes just a few hours after President Muhammadu Buhari called the Super Eagles, on a video conference ‘to fly and keep winning.’

In the group stage, the Super Eagles had qualified as the only team with nine points beating all teams in Group D. However, the Eagles couldn’t make it beyond the round of 16.

In the first-half, the teams were without any goals until Youssef Msakni scored the goal that sent the Super Eagles out of the competition few minutes into the second half.

Social media has been agog with cries of defeat, while some blames President Muhammadu Buhari for calling the Super Eagles, others blame the goal keeper Maduka Okoye for missing the chance to keep the ball.